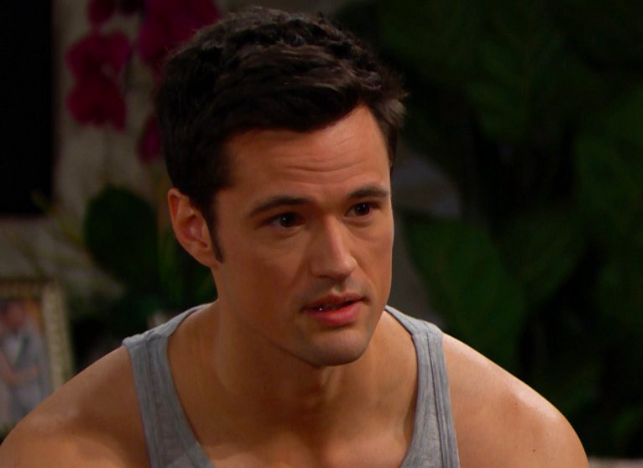 The Bold and the Beautiful spoilers tease that Hope Spencer (Annika Noelle) will be ready and willing to end her marriage to Liam Spencer (Scott Clifton).

She’s decided that it’s time to put the children first, and even though she believes that she couldn’t save her own daughter’s life, she wants to do something meaningful for Steffy Forrester’s (Jacqueline MacInnes Wood) girls and for Douglas Forrester (Henry Joseph Samiri).

As B&B viewers know, this is exactly what Thomas Forrester (Matthew Atkinson) has been working towards. Thomas has been manipulating Hope for weeks now, getting in her head and playing on her fears about Kelly Spencer (Chloe Teperman and Zoe Pennington) not having their father around full-time.

Bold And The Beautiful Spoilers: Hope Spencer Meets With a Lawyer

Well, it seems that Thomas will even be on hand as Hope meets with her lawyer, Carter Walton (Lawrence Saint-Victor). Carter’s always on hand for various weddings and divorces, and Hope will count on him to handle the annulment for herself and Liam. She’ll contact Carter, and he’ll dutifully appear, but it looks like he’ll have some wisdom to impart about her marriage in addition to his legal services.

The Bold and the Beautiful spoilers say that Carter will take the time to counsel Hope. He might encourage her to give her decision a bit more thought and not rush into an annulment – after all, she’s been though a major life stressor with the loss of her daughter, and now may not be the right time to decide to end her marriage. Carter really cares about Hope, and his advice will come from a place of love and respect.

But according to B&B spoilers, Thomas will take issue with what Carter has to say, and he’ll push back against Carter’s sage advice. Thomas will probably assert his party line, which is that Hope is doing the right thing for the children and that Liam belongs with Steffy, Kelly, and Phoebe Forrester (River Davidson and Madeline Valdez). He’ll probably also throw in that Douglas needs Hope, and that’s where her attention should be placed.

It will be interesting to see how Carter responds to Thomas, although as Hope’s lawyer Carter will be required to carry out her wishes, which are clearly to end her marriage. But Carter might not appreciate Thomas butting in and asserting his opinion over something that’s clearly none of his business.

Their secret shattered a marriage. 💔 Will the truth come out before it’s too late? See what happens this week on #BoldandBeautiful! pic.twitter.com/lUrHhdHH76

Bold And The Beautiful Spoilers: Carter Walton’s Advise Won’t Get Through To Hope Spencer

In the end, though, it doesn’t seem like Carter’s advice, no matter how sensible, will get through to Hope. She’s determined to end her marriage despite still loving Liam, and B&B spoilers say that’s exactly what’s going to happen. Are you sad to see Hope and Liam’s marriage come to an end?