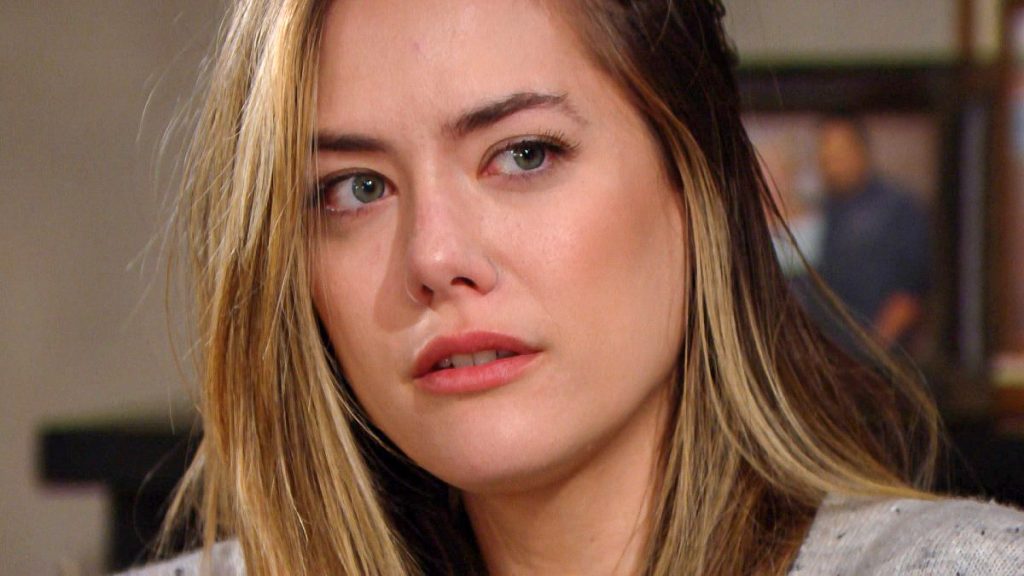 The Bold and the Beautiful spoilers tease that Brooke Logan Forrester (Katherine Kelly Lang) broke her husband’s trust when she contacted a lawyer. B&B fans know that legal action didn’t relate to their marriage, but instead was directed toward Douglas Forrester’s (Henry Joseph Samiri) adoption.

Putting the adoption idea into her daughter’s mind was actually a well-intended push, as Thomas Forrester (Matthew Atkinson) is not a good parent. But allowing Hope to continuing pursuing an alternative form of adoption after Ridge Forrester (Thorsten Kaye) had taken Douglas and Thomas to his father’s home broke trust a second time.

Like her mother, Hope was trying to do what she honestly believed was in Douglas’ best interest. However, both ladies are not his blood, which matters greatly to Ridge, Eric Forrester (John McCook), and Thomas.

Bold And The Beautiful Spoilers – Bridge Impacted By Bikini Bar

Ridge left Brooke’s home, where ‘Bridge’ had been happily living, due to a dispute he had with his wife about their children. He went to Bikini Bar, drank far too much and shrugged off Carter Walton’s (Lawrence Saint-Victor) attempts to help him. Then, Shauna Fulton (Denise Richards) was purposely written into the scene.

The arrival of the engaging character Richards arguably represented the official start of a triangle. Shauna became Brooke’s legitimate competition on that night. While nothing happened, Ridge’s choice to withhold information about Shauna’s assistance meant that he broke trust with his wife. Yes, both Brooke and Ridge have made mistakes during the past number of months.

After forcing Flo Fulton (Katrina Bowden) to tell him that she knew Beth Spencer (Madeline Valdez and River Davidson) never died and was living as Phoebe Forrester, Thomas chose to keep that life-altering information from Hope, the woman he claimed to love. Later, in order to prevent Emma from telling Hope the truth, he drove Emma Barber (Nia Sioux) to her death by tailgating her on Mulholland Drive.

After a verbal dispute with Hope at the foot of a cliff in the backyard of Steffy Forrester’s (Jacqueline MacInnes Wood) home, Brooke intervened and pushed Thomas back. He fell more than one hundred feet to the hard sand below, but miraculously survived.

During Thomas’ recovery, Ridge learned what happened to Emma. He chose to protect his son by not fighting Flo’s immunity deal, which earned Shauna’s complete admiration.

Bold And The Beautiful Spoilers – Acid Bath Not Deadly

Hope understandably overreacted to Thomas inside Forrester Creations main office. Thinking he had Douglas contained in storage, when Atkinson’s character meant that he’d taken his son to a room in the storage area of the building, Hope darted out and began frantically searching for the boy she’d just become the legal parent of via Thomas’ signature on legal documents.

The last sentence in the above paragraph is as complex as this evolving storyline, which now has Thomas assumed dead. But Hope, Brooke, and the viewers will learn that the acid bath Thomas fell into, after he was pushed back by Hope, didn’t prove deadly.

If Brooke hadn’t initiated the adoption effort, Hope may have never allowed herself to be alone with Thomas at FC. But one soapy thing led to another with dramatic consequences resulting once again.