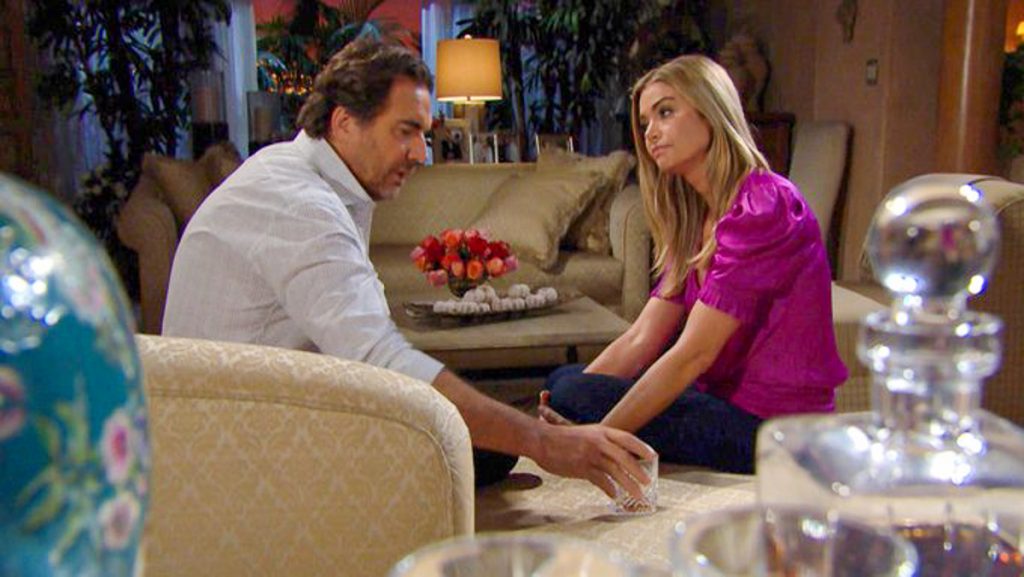 While Shauna knows she’s nearing victory, it can’t yet be declared as ‘Bridge’ still exists. B&B fans know that circumstances and Brooke’s own actions make her continued marriage to Ridge questionable.

The resulting immunity deal Flo was offered wasn’t opposed by Ridge because he wanted to shield any investigation into his son, Thomas Forrester (Matthew Atkinson). Ridge’s decision worked, but it also created Shauna’s infatuation.

After initially finding him to be attractive, Shauna has gone full high school sweetheart mode. She’s smitten with Ridge and with the idea of becoming a Forrester, sensing that time is all that’s need for Brooke to cross herself out.

At a time in his life when he should have been listening to his wife, Ridge hasn’t. Instead, he’s allowing himself to be adored by Shauna.

Richards’ character is reacting, in part, to Flo being basically kicked out of the Logan family. That unfortunate outcome happened because the Beth steal and conceal scam was revealed. Even Flo’s kidney donation to Katie Logan (Heather Tom) didn’t yield re-acceptance for Storm Logan’s (William deVry) daughter.

The undue attention Ridge is fully playing into moved from a generally innocent night at Bikini Bar to a series of totally inappropriate conversations with Shauna. Those talks also include an increasing number of kisses.

The Bold and the Beautiful Spoilers: Steffy and Ridge Call Out Thomas – Will He Listen? @celebratesoaps #bb #boldandbeautifulhttps://t.co/s1XPEMwrcK

Bold And The Beautiful Spoilers – Brooke Logan Forrester To Be Challenged

Ridge doesn’t yet know the full extent of encouragement Brooke offered to Hope. Thinking that his wife was pressuring Noelle’s character into adopting Douglas Forrester (Henry Joseph Samiri) was bad enough, but something different also happened.

Hope believed that she’d accidentally killed Thomas in the storage room by causing him to fall into a vat of hydrofluoric acid. After reappearing to Hope the next day at Brooke’s estate, Thomas said that he’d merely fallen into cleaning solution.

During the short period where Hope thought Thomas was dead, Brooke was telling her daughter to keep that information to herself. Citing her chemist background, Brooke told Hope that Thomas’ body had fully dissolved in the vat.

Shauna’s hopes (wink) will surely be lifted after Ridge learns what Brooke did. And with that ‘Shidge’ may replace ‘Bridge’.