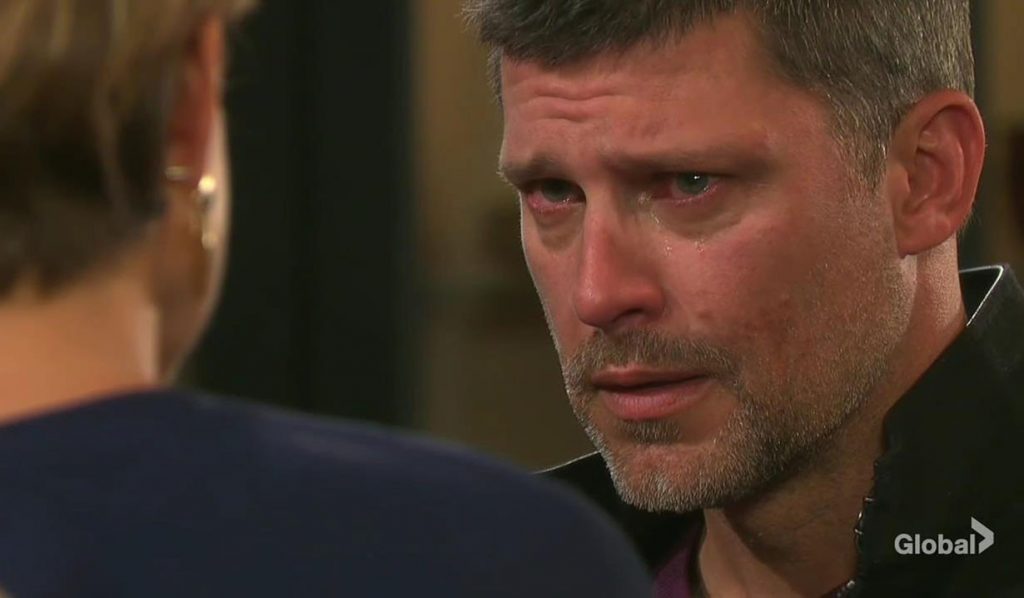 Days of Our Lives spoilers reveal Eric Brady (Greg Vaughan) finds out about the paternity secret. Livid and shocked all at the same time, he plans to fight Xander Cook Kiriakis (Paul Telfer) for parental rights. Keep reading to get all the details on this storyline.

DOOL spoilers confirm Xander has been playing daddy to Sarah Horton’s (Linsey Godfrey) baby, Mackenzie “Mickey” Horton (the May twins). Xander and Sarah, coined “Xarah” by fans, have been lying to Eric for over a year. Now a 6-month-old little girl, the truth is about to be revealed.

On Friday’s episode of the NBC soap opera, Eric proposed to Nicole. It wasn’t the most ideal time, since they had just discovered that Mickey had been kidnapped. However, Eric did it anyway and will be surprised when Nicole says no.

It has nothing to do with her feelings for Eric, though. She can’t begin a marriage with a huge lie and secret. This leads her to finally tell the truth after several months of secrecy.

Days of Our Lives spoilers indicate that Nicole’s truth bomb about Sarah’s baby will shock everyone, including Eric and Maggie Horton Kiriakis (Suzanne Rogers). Then that shock will turn into fury. Eric has never been a fan of Xander and knowing the former villain is raising his little girl will send goosebumps up his spine.

It is suggested that Eric will want Xander out of Mickey’s life. He could have a custody battle on his hands. Now, Sarah would never keep Mickey from him now that he knows the truth. However, she can’t just boot Xander from the child’s life. After all, he has been acting as a father to the little girl — and an exceptionally good one, too. Xander loves Mickey like she is his own, making this a complicated custody issue.

How will this all play out? Fans will just have to keep watching the NBC soap opera to find out.