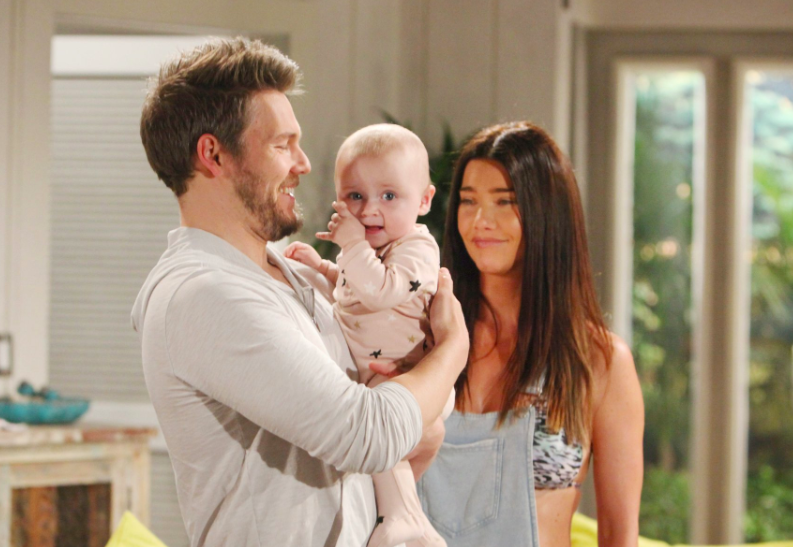 The Bold and the Beautiful (B&B) spoilers tease that a former flame will be reunited during the week of June 24. The most likely duo is Liam Spencer (Scott Clifton) and Steffy Forrester (Jacqueline MacInnes Wood).

A couple of weeks ago, Hope Logan (Annika Noelle) told her then-husband, Liam, that she thinks they should end their marriage so he can be the parent the girls (Phoebe and Kelly) deserve. Liam, like most B&B viewers, were deadset against the idea. But Hope was sure it was the right thing to do.

Now, Liam is living in Steffy’s spare room and the former couple is growing closer to each other. And it sounds like, they could be on their way back to becoming an official couple. Here’s what you need to know about what’s ahead on B&B.

One thing a lot of viewers get wrong about Steffy is her desire for Liam. On Bold and the Beautiful last year, Steffy told Liam that she chooses her and refuses to let him go back and forth between her and Hope.

When she said I choose me, she did not mean she didn’t love him, she just meant that she loves herself enough to stop Liam from pulling her back, only to change his mind later on.

And, the answer on whether Steffy loves Liam is quite simple—she will always love him. On B&B a few months back, she told her mom that she still was in love with Liam but that their time together is over.

Now that Lope is over, could Steam get a second, or is it a fourth chance?

Bold And The Beautiful Spoilers: How Does Liam Spencer Feel?

Above, we outlined how Steffy feels about Liam, but does he still love her? B&B spoilers show that Liam has a deep admiration for his ex-wife and he is seeing her in a new light.

No one knows for sure if that new light is romantic, or if he’s still hoping Hope will return to him. One thing is for sure, they are having a good time together as they co-parent Kelly and Phoebe. And, as Steffy pointed out to him earlier in the week on Bold and the Beautiful, four hands are better than two!

The Bold and the Beautiful (B&B) Spoilers: Thomas Accidentally Helps Liam Get…