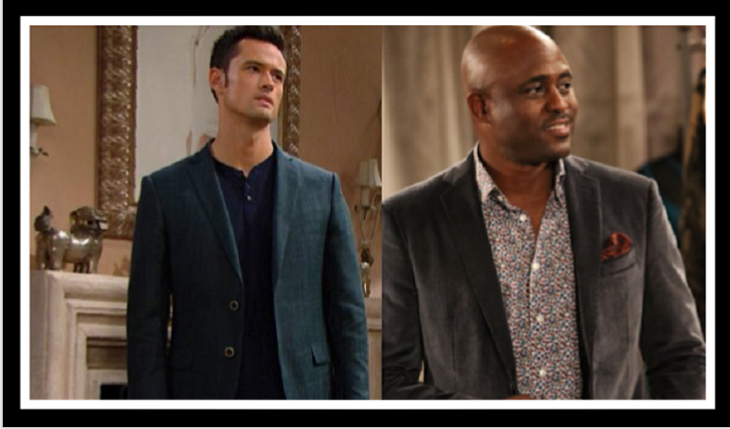 This poll question may be considered challenging on ‘The Bold and the Beautiful’. Sure, everyone wants to know when the baby swap will be revealed. But other issues are in play as viewers are being led to that ultimate climax. One of them relates to a comparison between Thomas Forrester (Matthew Atkinson) and Reese Buckingham (Wayne Brady).

Let’s start with the last character mentioned, Reese. In defense of his own actions, he would claim that everything was done in order to protect his daughter. It’s true that Zoe Buckingham (Kiara Barnes) was in legitimate danger. But that was because of her father’s gambling debts.

Thomas learned that Phoebe Forrester (Madeline Valdez and River Davidson) was actually Beth Spencer. This little girl is the one who his sister, Steffy Forrester (Jacqueline MacInnes Wood), is raising after having adopted her through Reese’s pressured assistance. Nevertheless, Thomas didn’t tell Steffy what he knows or tell Hope Logan (Annika Noelle).

Reese just so happened to have another pregnant patient during the harrowing Catalina Island night at the clinic. That poor soul had a stillborn daughter, not Hope. But Reese took the soapy opportunity that was presented and orchestrated Beth’s faux death by giving the deceased child to Hope and Liam Spencer (Scott Clifton) as though she were their own.

Thomas opted to follow his withhold of information about Beth being alive by threatening Flo Fulton Logan (Katrina Bowden), Zoe, and Xander Avant (Adain Bradley). He promised jail time for Flo and Zoe.

Bold And Beautiful Spoilers– Is Reese Or Thomas Worse In The Baby Swap Storyline?

Reese asked Flo to pretend to be Beth’s birth mother so that he could fake a private adoption. He convinced Steffy, Taylor Hayes (Hunter Tylo), and Carter Walton (Lawrence Saint-Victor) that all was square and then collected a quarter-million dollars. Reese left Los Angeles, California, and headed back to England, thereby leaving his daughter and one-time girlfriend to handle his mess.

Thomas threatened Emma Barber (Nia Sioux), like the others. But he went much farther then verbal threats when riding the tail of Emma’s car, which caused her to crash.

This debate is legit. While no answer is correct, as this is a subjective topic, one surely can be selected and given.

Fans of ‘The Bold and the Beautiful’ rightfully express their opinions on a regular basis. So, who is worse Thomas, or Reese? Please vote in our poll below!