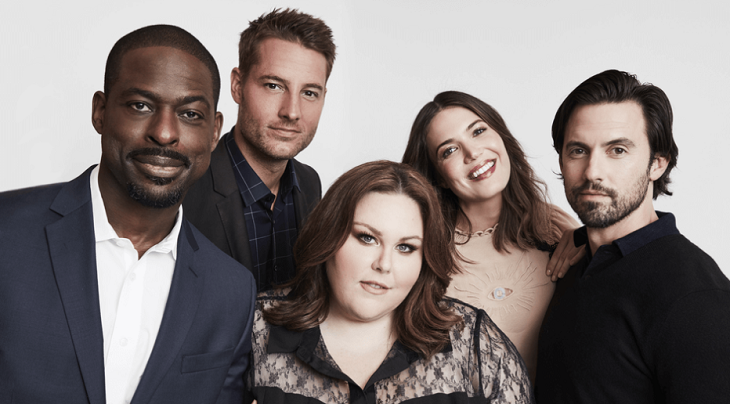 Fans of This Is Us rejoice as the hit TV series was recently renewed for not just one but three new seasons at NBC. This is not the network’s first time to grant the drama series a multi-season commitment.

During its first season, “This Is Us” did extremely well and received a lot of praise, which prompted NBC to renew it for another two seasons.

“In a television landscape with nearly 500 original scripted series, there are very few, if any, that have the critical and cultural impact of ‘This Is Us’ and we couldn’t be more proud to bring fans three more seasons of a show that so well represents the NBC brand,” NBC’s presidents of scripted programming, Lisa Katz and Tracey Pakosta said.

This Is Us News – Show Gets One Of Those Rare Renewals

“A huge thank you and congratulations to our executive producers, cast and crew who reach new heights every week with the show’s inventive and compelling storytelling.”

Three years ago, we were live tweeting the premiere of our TV show, hoping someone, anyone might watch…

Today our friends at @nbc picked up #ThisIsUs for THREE more seasons, bringing us to six. pic.twitter.com/0osA6XBUYc

Having This Is Us for three more seasons is not a surprise, but very rare and reserved only for the biggest TV series. The popular family drama’s impeccable performance justifies the multi-season renewal. Season 3 had an average rating of 3.8 and 13.8 million viewers in the Nielsen Live+7 numbers.

Each new season will be comprised of 18 episodes, just like the previous ones. The network has not decided whether season 6 will be the last,. Series co-showrunner Isaac Aptaker had previously mentioned they plan to wrap up the show after three more seasons.

This Is Us News – Season 4 Focuses On Randall And Beth

On that note, NBC co-chairman Paul Telegdy said: “We’re keeping it open for now. Creator Dan Fogelman has a plan for the show, for now it’s being picked up for three more seasons.”

Season 4 will focus on Randall Pearson (Sterling K. Brown) and Beth Pearson’s (Susan Kelechi Watson) move to Philadelphia. Aptaker said: “I’m excited to write them in Season 4 in a way where they’re even in a healthier and more equal place as partners.”

The hit drama series is made up of talented actors including Milo Ventimiglia, Mandy Moore, Sterling K. Brown, Chrissy Metz, Justin Hartley, Susan Kelechi Watson, Chris Sullivan, and Jon Huertas. It focuses on the lives of and families of two parents and their three children. And it is presented in different time frames.