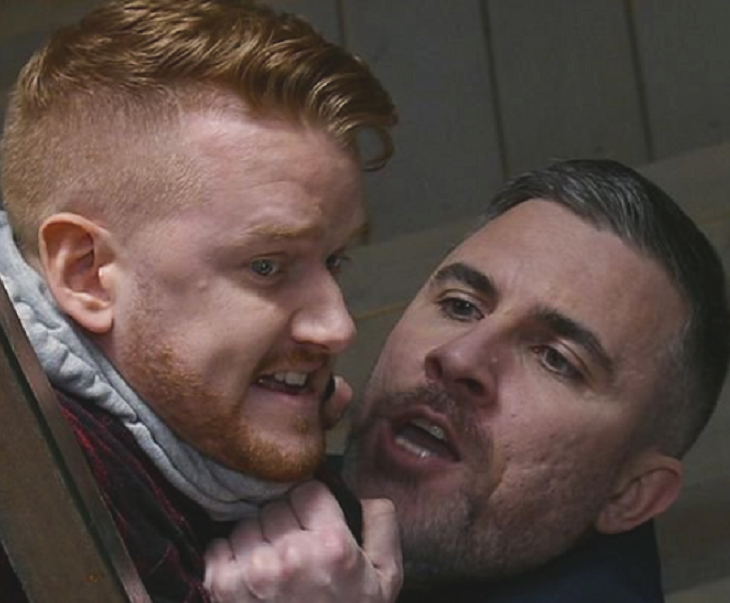 On Coronation Street, Gary Windass (Mikey North) will have no choice but to do Rick Neelan’s (Greg Wood) dirty work. He still owes him a lot of cash and with no way of repaying the full amount anytime soon, there is nothing he can do but do what Rick wants.

He tries to get the money from Peter Barlow (Chris Gascoyne) by threatening him that he’ll tell the police about Carla Connor’s (Alison King) prior knowledge about the factory’s roof problems.

Coronation Street viewers might recall that Gary managed to get some cash worth £9,000. He paid Rick with it and hoped that it would settle his debts. However, Rick claimed Gary owned him more than that. With no money and means to repay Rick, Gary ends up working for him.

Next week, Gary will be forced to con old women and fool them into taking out high-interest loans. Even though he knows what he is about to do is not right, he has no choice. He needs to follow Rick to protect his family from Rick’s wrath if he doesn’t obey.

He visits an assisted living complex and starts to talk to pensioners while Rick watches him from a distance. He comes across a sweet elderly woman who didn’t hesitate to invite him to her house after finding out what he was offering.

Meanwhile, Rick also tries to convince Alex Warner (Liam Biarstow) to get a loan from him. He even persuades him to hand over his passport and pin number to make the payment process easier.

When Gary finds out, he urges Alex to avoid Rick. However, Rick found out about it and threatens Gary that if he does it again, his family, Sarah, and Harry will pay the price.

Later in the week on Coronation Street, Gary finds out that Alex didn’t heed his warning. He discovers that Alex gifts his aunty Cathy Matthews (Melanie Hill) a new bracelet for her birthday.

TONIGHT at 7.30 & 8.30PM.
Skint and jobless, Paul finds himself working for Rita and Brian…

Then and there he realizes that Alex took Rick’s loan. What will happen to Alex? Can Gary do anything about it? Will he go against Rick and risk the safety of his family?