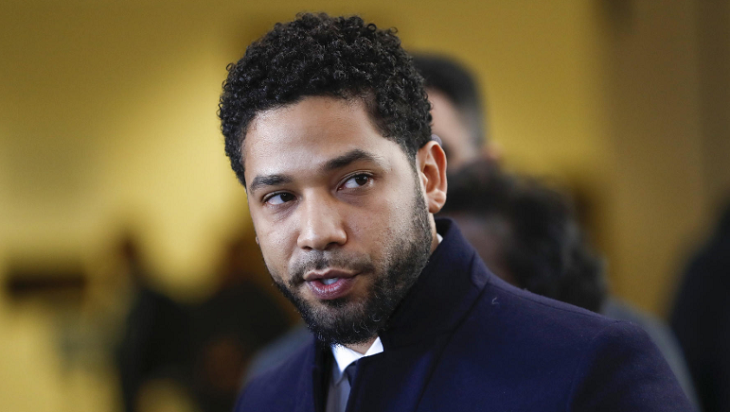 The controversy surrounding Jussie Smollett’s alleged attack apparently isn’t over yet. An attorney for the actor says that he refuses to feel “intimidated” to repay the city of Chicago the $130,000 he apparently owes in a pending civil suit against him.

The city wants him to fork over the cash for the amount, which officials say is exactly how much it cost for the police to investigate the incident that he reported as a hate crime. The State of Illinois apparently sent Smollett a letter demanding the money, but the actor’s legal time has reportedly rejected the request.

Smollett, who has been accused of staging a hate crime against himself, has recently seen all the charges against him dropped. He had previously pleaded not guilty to 16 felony disorderly conduct charges.

Now his lawyer Mark Geragos claims that Chicago police’s insistence that Smollett “filed a false police report and orchestrated his own attack is false and defamatory.”

If that weren’t enough, Geragos also threatens that he will request the case files and sworn depositions of everyone involved in the case, including Chicago Mayor Rahm Emanuel, Police Superintendent Eddie Johnson, and the Osundairo brothers.

That’s because the FBI and the US Postal Inspection Service are still continuing their probe into the threatening letter that the actor might have sent to himself. According to TMZ, the letter arrived at the Empire office in Chicago a week before the alleged hate crime occurred.

Meanwhile, Jussie Smollett himself has maintained that he is innocent. Even though Smollett says that his reputation has taken a hit, he wants to put this entire ordeal behind him.

The latest #Empire will leave you breathless.

He also said that he would like to return back to work, even though his character has been cut from the rest of the current season. The producers of Empire haven’t said though if he will be returning back on the set anytime soon. We’ll update you with all of the latest details and information right here.

Young And The Restless Spoilers: Will Neil’s Death Reunite Cane And Lily?