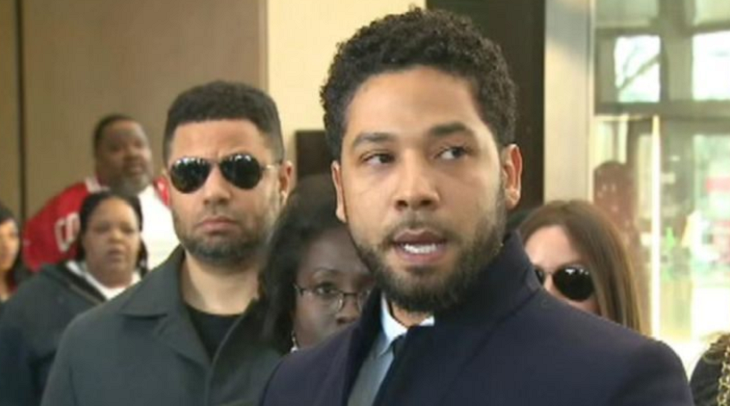 There are new reports that indicate Empire star Jussie Smollett (Jamal Lyon) is facing new lawsuits over allegations that he faked his own racially and homophobic attack back in January. Smollett was indicted on 16 felony counts of disorderly conduct for making a false report with the Chicago Police Department.

The actor claims that he was attacked by two random men who allegedly tied a noose around his neck, poured bleach on him and shouted racial and homophobic slurs.

Smollett says he thinks he was attacked because he is a very vocal critic of President Donald Trump and his administration. However, Nigerian brothers Olabinjo and Abimbola Osundairo have claimed Smollett hired them for the staged attack.

Jussie Smollett Still Maintains He Is Innocent Of All Charges

During an interview with Good Morning America, Smollett maintained that he is innocent. Several reports have claimed he was looking to raise his profile in hopes that he would get a better paycheck from Empire.

According to TMZ, there are now reports indicating the city of Chicago is slapping the actor with a $130,000 bill to cover the cost and the time wasted on the investigation. The city of Illinois has apparently sent Smollett a letter demanding the money. But the actor’s legal team has reportedly rejected the request.

In an interesting twist, the team has apparently demanded an apology from the Mayor of Chicago and the Chicago Police Superintendent for the way they handled the case and treated Smollett behind the scenes.

Empire Producers Have Not Commented On Whether He Will Return

“[The Chicago Police] have continued their campaign against Jussie Smollett after the charges against him have been dropped,” lawyer Patricia Holmes said in a statement.

Even though Smollett says that his reputation has taken a hit, he wants to put this entire ordeal behind him. He also said that he is eager to get back to work again.

Cookie's future is written in the stars. ✨

The producers of Empire haven’t said though if he will be returning back on the set anytime soon. Let us know what you think by leaving us a line with your thoughts in our comments section below.

And as always, come back to Hollywood Hiccups for all the latest news, updates and spoilers right here.

Bold And The Beautiful Spoilers: Thomas Wants To Be With Hope – Should Liam Be Worried?