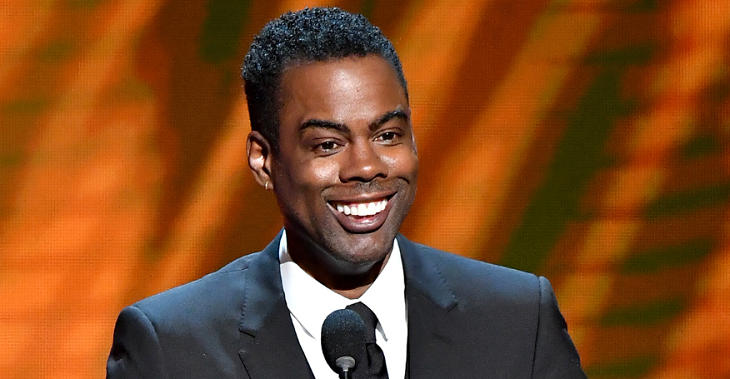 It’s a good thing Empire actor Jussie Smollett (Jamal Lyon) was a no show at the NAACP Image Awards over the weekend. That’s because he was literally the butt of all jokes, thanks to Chris Rock, who couldn’t help but toss a few in his direction.

Smollett was indicted on 16 felony counts of disorderly conduct for making a false report with the Chicago Police Department. The actor claims that he was attacked by two random men who allegedly tied a noose around his neck, poured bleach on him and shouted racial and homophobic slurs. The case has been dropped.

“They said no Jussie Smollett jokes. I know. What a waste of white skin. You know what I could do with that light skin? That curly hair? My career would be out of here. F**king running Hollywood,” Rock joked, according to Page Six.

Apparently, that wasn’t enough for Chris Rock. The comedian even made fun of the spelling of his name.

“What the hell was he thinking?” Rock asked. “From now on, you’re Jessie from now on. You don’t even get the ‘U’ no more. That ‘U’ was respect. You don’t get no respect from me.”

Unfortunately, Jussie’s problems are not over. According to TMZ, there are now reports that indicate the city of Chicago is slapping the actor with a $130,000 bill to cover the cost and the time wasted on the investigation.

State Of Illinois Sent A Letter To Smollett Demanding The Money

The State of Illinois has apparently sent Smollett a letter demanding the money, but the actor’s legal team has reportedly rejected the request.

Catch all the drama unfold Wednesday on #Empire. pic.twitter.com/vrZ6sexmM6

So far, Smollett hasn’t made any additional comments about the case, nor has he said anything about returning to Empire in the near future. Do you think Chris Rock went too far in his jokes?

And as always, come back to Hollywood Hiccups for all the latest news, updates and spoilers on your favorite celebrities and daytime television shows right here.