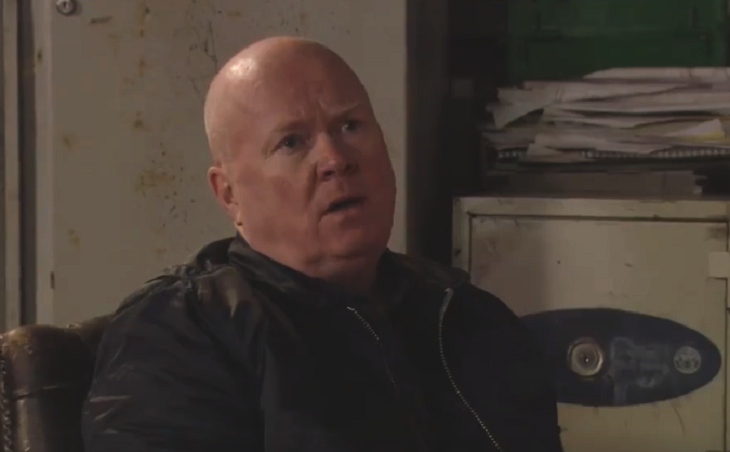 EastEnders spoilers indicate that Phil Mitchell’s (Steve McFadden) days in Walford might soon be numbered. That’s because there’s a strong possibility he might be forced to leave his hometown after Ben Mitchell’s (Max Bowden) dark revenge plan goes belly up. Here’s what you need to know.

As many fans know, Ben has recently returned home with his cousin Lola (Danielle Harold) and their child, Lexi. At the same time, he’s been making quite an effort to get along with his father while also keeping a huge secret from him.

Yet, little did Ben know that his father isn’t someone that he can count on right now. That’s because he’s flat broke.

This leaves Ben no other option than to go back to square one. He has a dark plan against Phil but unfortunately, it won’t be very easy for Ben to do what he wants to do in the end.

However, he’s hellbent on making sure that Phil will pay for everything that he’s done in the past.

Ben tells Lola, “He’s already at rock bottom. I don’t just want his money. I want his happiness. His dignity. I want to build him back up, look him in the eye the moment he’s got everything he’s ever wanted, and then I’m going to take it from him.”

EastEnders Spoilers – The Mitchell Family Patriarch Is In Big Trouble

And while Ben didn’t elaborate on what he will do to Phil, it’s safe to say that the Mitchell family patriarch is definitely in trouble. Once he catches wind of what Ben has in store for him, this might prompt him to leave Walford for good.

Of course, fans will have to tune in to find out what will happen next. EastEnders airs weeknights on the BBC network. Check your local listings for times. And as always, let us know what you think by leaving us a line with your thoughts in our comments section below.

Also, don’t forget to check back with Soap Opera Spy for all the latest news, updates and spoilers on Eastenders and Coronation Street and all of your favorite daytime television shows right here!