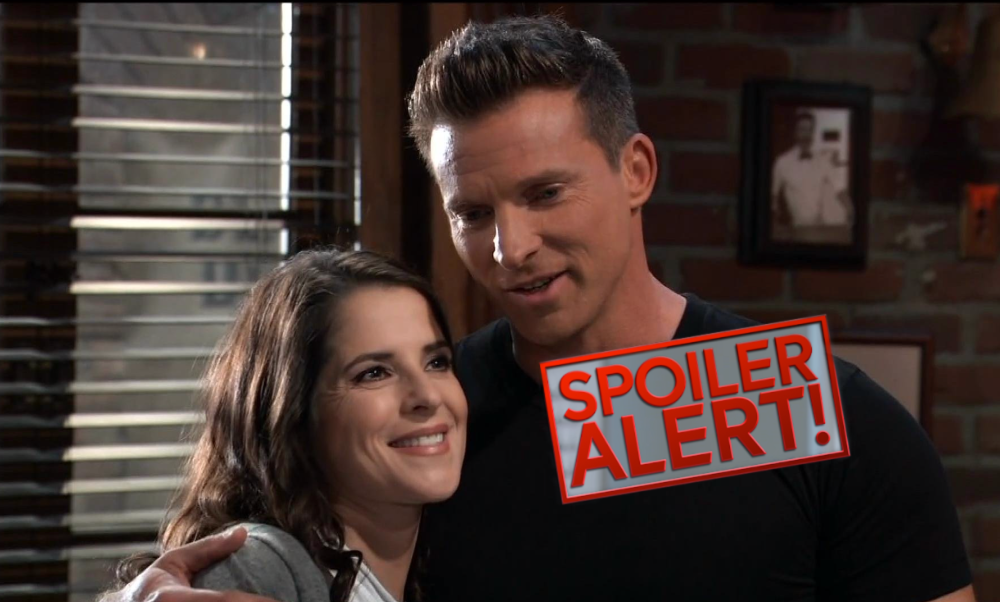 General Hospital (GH) spoilers for the week of Monday, July 1 through Friday, July 5, 2019, reveal that after Jason Morgan (Steve Burton) was arrested by one of cult leader, Shiloh’s (Coby Ryan McLaughlin); at the beginning of this week he will be reunited with his lady love, Samantha “Sam” McCall (Kelly Monaco). Will it be the reunion JaSam fans have been waiting for? By week’s end, Sam will have a proposition to fix a desperate situation!

GH sources tease that PCPD Detective Harrison Chase (Josh Swickard) will struggle with his concerns about new love, Willow Tait (Katelyn MacMullen); especially after he was forced to arrest her last week. Not everything will be bad for Chase as he will find comfort with his older brother, Dr. Hamilton Finn (Michael Easton) who understands his frustration and can sympathize with all the complications. Meanwhile, TJ Ashford (Tajh Bellow) will reveal what he has discovered in the DNA search.

Carly Corinthos Under A Lot Of Stress

Mac Scorpio (John J. York) will use whatever influence he has to get the job done. Carly Corinthos (Laura Wright) will experience some tough nights, but will these restless and sleepless nights lead to bigger concerns? Carly has been under an awful lot of stress lately with trying to help her daughter, Josslyn “Joss” Jacks (Eden McCoy) cope with the death of her high school sweetheart, Oscar Nero (Garren Stitt); who will get an unusual invitation midweek. Carly must also be deeply concerned for her mother, Bobbie Spencer (Jacklyn Zeman) learning she is a diabetic after a fainting spell.

General Hospital spoilers show Franco Baldwin (Roger Howarth) continues to worry about his stepson, Cameron Spencer Webber (William Lipton), who has not dealt with the death of his close friend, Oscar.

In other GH spoilers, Kristina Corinthos Davis (Lexi Ainsworth) will turn to counselor, Neil Byrne (Joe Flanigan) to help reunite her and her estranged mother, Alexis Davis (Nancy Lee Grahn), who will be extremely shocked by it. Harmony Miller (Ingo Cadranel) will receive a visitor, but who will be the one to see the one covering up for the sinister Shiloh?

Be sure to tune into ABC’s General Hospital (GH) on Monday, July 1, 2019, to catch up on everything happening in Port Charles right now.