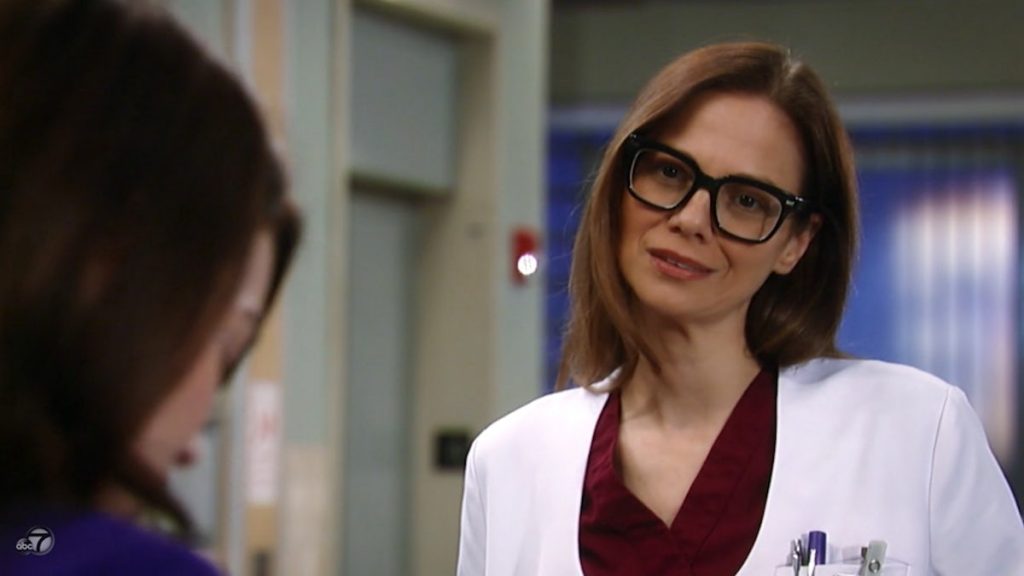 GH sources tease that it is going to be an intense week for brothers, Dr. Hamilton Finn (Michael Easton) and PCPD Detective Harrison Chase (Josh Swickard). Chase will find himself in an awkward predicament when he interrupts a very private moment. Finn, on the other hand, will be completely shocked when he receives results from a test. Could this be a game changer for the good doctor? It seems Finn isn’t the only one who is in for a surprise, as Nina Reeves (Cynthia Watros) will be startled by an intriguing text.

Fans of the ABC soap opera and Sonny Corinthos (Maurice Benard) and his wife, Carly Corinthos (Laura Wright); this is the week you don’t want to miss as the loving couple decide to renew their wedding vows early in the week. Who isn’t excited to see CarSon share such a tender moment, surrounded by loved ones?

General Hospital spoilers show that Jason Morgan (Steve Burton) is going to have a rough week; in one sense he is able to play ignorant but how will he handle things when he is forced to have a tough discussion with his mother, Dr. Monica Quartermaine (Leslie Charleson)? Sonny and his son, Michael Corinthos (Chad Duell) will rush over to the PCPD, but are they too late when it comes to Jason? Meanwhile, a very distraught Scott Baldwin (Kin Shriner) doesn’t know how to help his son, Franco Baldwin (Roger Howarth) and continues to worry about him as he has no recollection of his own life, implanted with Drew Cain’s (then – Billy Miller) memories.

In other GH spoilers, TJ Ashford (Tajh Bellow) comes to surprise his mother, PCPD Police Commissioner, Jordan Ashford (Briana Nicole Henry). Things don’t seem to be going as smoothly for his Uncle/Step-Dad PI Curtis Ashford (Donnell Turner) who is being bribed with hush money from Valentin Cassadine (James Patrick Stuart). Jasper “Jax” Jacks (Ingo Rademacher) take his quiet leave from Port Charles; is this the end of the road for Jax?

Sam McCall (Kelly Monaco) will meet with her sister, Kristina Corinthos Davis (Lexi Ainsworth). How is Kristina truly doing after being extracted from the Dawn of Day cult? Shiloh (Coby Ryan McLaughlin) may be in jail, but this doesn’t stop him from making snide remarks, stirring some people to the depths of their core. Will Shiloh ever truly pay for everything he has done to so many people in Port Charles?

Be sure to tune into ABC’s General Hospital (GH) on Monday, August 26, 2019 to catch up on everything happening right now in Port Charles. Check Soap Opera Spy often for updates, news, rumors and spoilers!