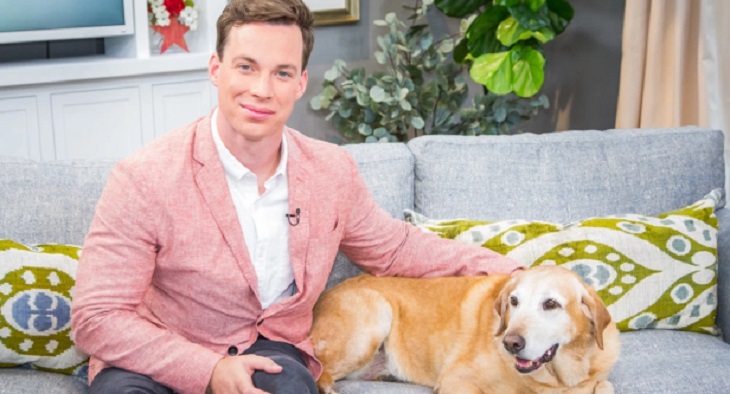 Chris, a disabled Marine veteran on both General Hospital and in real life, will join hosts Debbie Matenopoulos and Cameron Mathison (All My Children’s Ryan Lavery) and Home and Family’s pet rescue expert Larissa Wohl. This is Chris’s first appearance on Home and Family since 2016.

In real life, Chris joined the Marine Corps in 2009 and was deployed to Afghanistan. At the time, he and his battalion were sent to one of the most dangerous areas and Chris suffered the loss of his legs after encountering two separate IED (improvised explosive device).

His General Hospital alter ego Chet Driscoll suffered leg loss also and came on board in November 2017 after suffering a drug overdose from pain medications and has been a recurring character ever since, working as a manager in Sonny Corinthos’ (Maurice Benard) Volvonino’s Gym and also as a bartender. Before joining General Hospital, Chris worked as a model and motivational speaker, and was reunited with his dog from his overseas service days, Harley.

Chris will talk about his experiences with Harley and their reuniting, and also about several organizations, including the American Humane Society, that bring back retired military dogs and offer them for adoption by their former military handlers, even raising funds for the dogs’ “deployment” back home.

Home and Family’s pet rescue expert will probably be speaking about these programs with Chris and perhaps will tell other reunification stories of military dogs and their handlers. There have been military service dogs since the days of the famous Rin Tin Tin who was rescued by a World War I soldier, Lee Duncan, and brought home to the United States where “Rinty” as he was called, became an international movie star and later his descendants also were featured in the 1950s TV show, “Rin Tin Tin”. There are similar programs for retired K-9s to be adopted by the police personnel who were their partners.

The Home and Family episode featuring Chris Van Etten will air on The Hallmark Channel on Thursday July 4 at 10:00 AM EST.