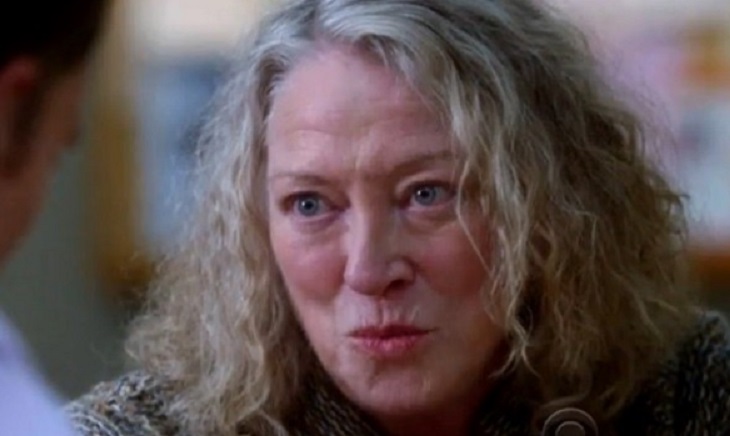 General Hospital spoilers indicate that fans will soon see Vernonica Cartwright on the canvas soon, however, no one knows what she will be doing or what role she will be playing for that matter! As a matter of fact, General Hospital producers have kept so quiet about her role that even the actress herself has no clue what’s in store for her!

According to ABC Soaps in Depth, Veronica has been tapped to play a five-episode arc that will air in July. And while we do know that her character will cross paths with Ava Jerome (Maura West) we have no idea if she should be rooting for her or if we want her gone. Either way, we have a feeling that there are plenty of twists and turns ahead.

With that said, many fans will recognize Veronica from her role in the cult classic hit Alien. She’s also been nominated for a Primetime Emmy several times in the past for her roles in The X-Files and in the 1990s television series ER. Most recently, she’s also starred in Bosch, Chilling Adventures of Sabrina and Supernatural. Clearly, she’s someone who has a lot of projects on her plate these days!

The legendary actress told Comingsoon.net in an interview back in 2017 that she’s been working nonstop ever since she was a child. But it’s not like she’s complaining. Veronica loves working in the industry and is grateful for all of the opportunities that come her way. Of course, she admits that it wasn’t always this way.

Who Will Veronica Cartwright Play On General Hospital?

She told the site, “There was a period of time when I couldn’t seem to get anything. I was on the series Daniel Boone and then, when that ended, I was still under 18 so I was too young to be in the older category and too old to be a child. So there was a few years there that were dry. So I went and studied acting with Jack Garfine and did that for three years and then decided to move to England, because as you know, I am British born, and that’s where I got the movie Inserts and that started everything all over again.”

General Hospital (GH) Spoilers: Will Sasha & Brando Have The Same Spark Now That…