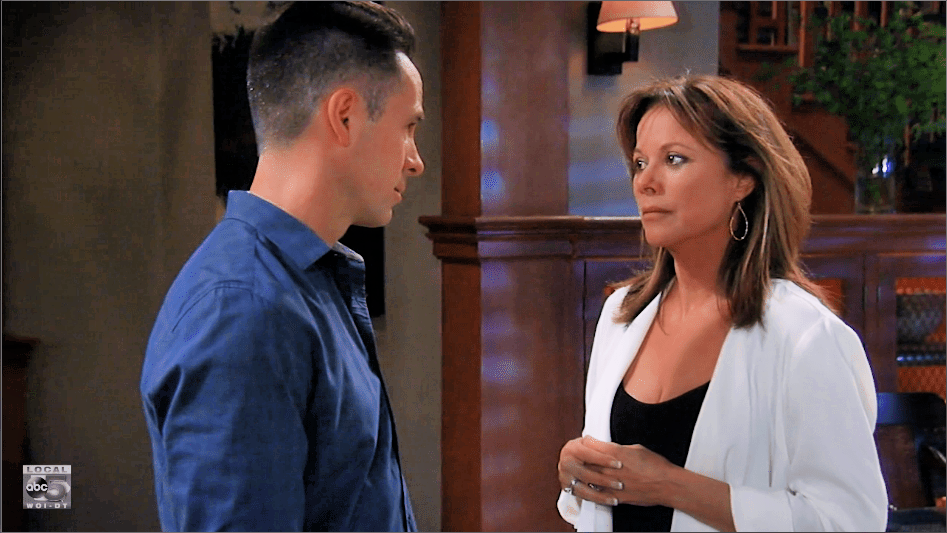 General Hospital (GH) spoilers tease that Alexis Davis (Nancy Lee Grahn) may want a second (or is it a third or fourth) chance with her ex Julian Jerome (William deVry). She has been pretty adamant that she doesn’t want anything to do with Julian, even when questioned by Kim Nero (Tamara Braun). But it looks like through therapy she’s uncovering some unresolved feelings for him.

Julian was very bad for Alexis. After she survived him and managed to get control of her drinking, she decided not to ever revisit their relationship, no matter how she felt about the man. General Hospital spoilers say that she is feeling the love toward him once again. And, typical of Alexis, she is confused about how to deal with it all.

“Alexis has committed herself to never going back to Julian. He moved on with Kim and Alexis is happy for him, at least most of the time,” Nancy shared.

So, if Alexis is happy without Julian, what’s up with that steamy dream about her ex-husband?

Alexis Will Confront Her Feelings

General Hospital spoilers state that Alexis will be thrown for a loop on why she is suddenly having feelings for Julian again. She thought she had moved on and generally, she wants nothing to do with him.

She will reach out to someone and they will have some advice for her. The question seems to be, will that person push her to make a big mistake by acting on her desire for Julian or convince her it’s natural to want him sometimes after the past they share?

Do you think Alexis really wants Julia back? Make your opinion count and vote in our poll below.