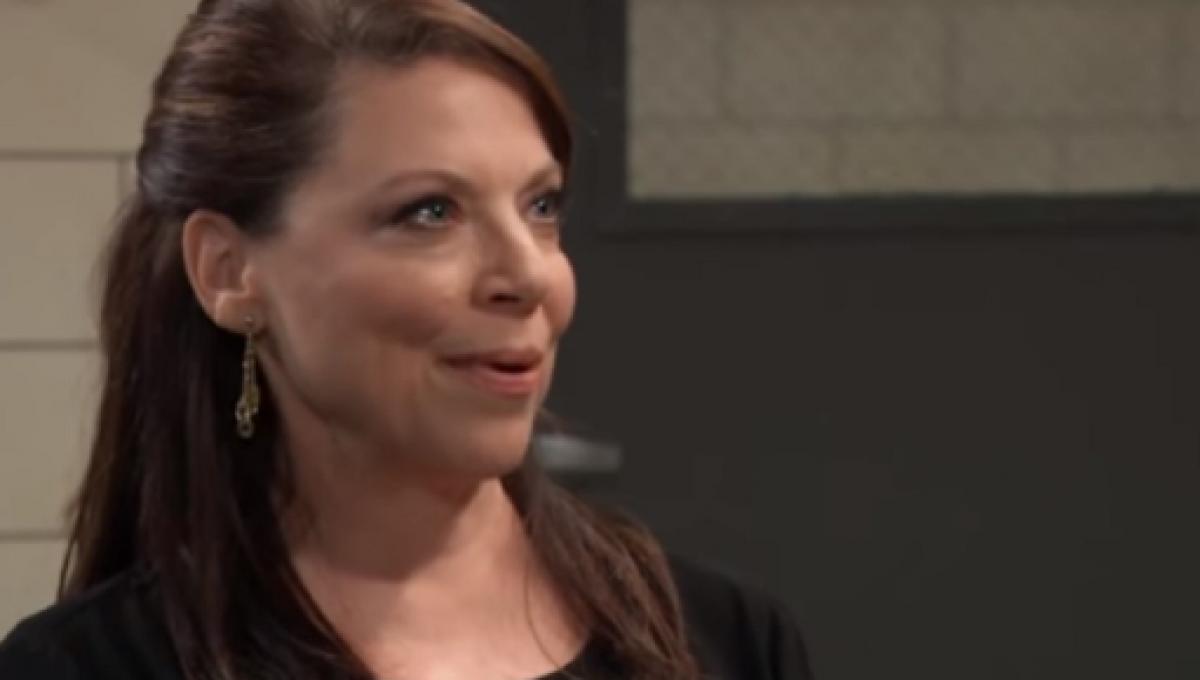 Welcome to your Thursday September 5th General Hospital (GH) recap! We begin our day at the Corinthos mansion, where Sonny Corinthos (Maurice Bernard) and Diane Miller (Carolyn Hennessy) walk into the living room where Carly Coritnthos (Laura Wright) is sitting down. Carly asks them what is going on and Sonny says they are discussing adopting Dev.

At the Metro Court hotel, Sam McCall (Kelly Monaco) is embracing Michael Corinthos (Chad Duell) and says she’s so glad she ran into him. Sam asks about Sasha and how is he holding up.

At General Hospital (GH) . Liesl Obrecht (Kathleen Gati) asks about Sasha’s status and Dr Hamilton Finn (Michael Easton) says she is critical for the next 24 hours. Finn says that they will need to do more genetic testing in regards to the virus and asks if that will be a problem.

Outside Charlie’s Pub, Alexis Davis (Nancy Lee Grahn) runs into Kim Nero (Tamara Braun). Alexis asks her if she would like to pursue a restraining order to keep Franco away. Kim says it’s not necessary as they head inside the pub and relay their conversation to Julian Jerome (William DeVry).

Franco walks into Charlies Pub and approaches Alexis, Julian, and Kim. Julian introduces himself to Frankendrew and says they need to chat. Franco explains to Julian about meeting with Kim in the park and learning about Oscar.

At Elizabeth Webber’s (Rebecca Herbst) house she is desperate to leave, but Cameron Webber (James Lipton) stops her. He yells that he has to tell her the truth and she needs to listen. Cameron tells his mom that he caught Franco kissing Kim in the park.

Cameron yells that he does not understand why his mom is not pissed. He says Franco is palling on leaving Port Charles and taking Kim with him. Cameron says he confronted Franco and Liz says he needs to stay strong for his brothers. 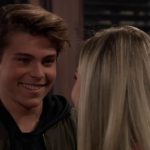 At General Hospital (GH) Jordan Ashford (Brianne Nicole Henry) is explaining to Mac and Jason what happened to Andre Maddox (Anthony Montgomery), he was stabbed. We then see Peter August (Wes Ramsey) sneak into Andre’s hospital room. He wonders out loud how he’s going to dispose of the doctor.
Suddenly the machines start beeping which prompts Peter to quickly hide. Epiphany goes to check on Andre as Peter sneaks out of the room and watches from a hidden corner.

Michael Corinthos (Chad Duell) relays to Sam that he’s worried Sasha may be holding a big secret. Sam says it could be a good sign that she wants to share her secrets with him.

General Hospital Spoilers – Everyone is worried about Sasha Gilmore

After Finn explains about the DNA testing, Liesl Obrecht (Kathleen Gati) relays to Valentin Cassadine (James Patrick Stuart) that the truth about Sasha may come out. Liesl says maybe it would be best if Sasha died, which infuriates Valentin.

Valentin tells Liesl that since she knows the Sasha secret, she is an accomplice now. She leaves and says she will handle it as she finds Brad Cooper (Parry Shen). Sasha wakes up from a nap and her mother Nina Reeves (Cynthia Watros) is keeping a watchful eye over her.

At the Corinthos mansion, Sonny tells Carly that they need to consider adopting Dev. Carly gets agitated and wants to know when he was going to tell her about it, she doesn’t think it’s a good idea.

Andre wakes up and tells Jordan that someone tried to kill him. Sonny says he won’t start the adoption until he knows its legal.

Liesl corners Brad and says he needs to make sure Nina and Sasha’s DNA match. Nina relays to Sasha how difficult her mother was when she was growing up. She says having her daughter come into her life has been a blessing.

Julian tells Kim that they should leave Port Charles as soon as possible. Elizabeth arrives at the hospital to see Andre and wonders where Drew is? Sam calls the private plane service and finds out that it has vanished………flash to preview