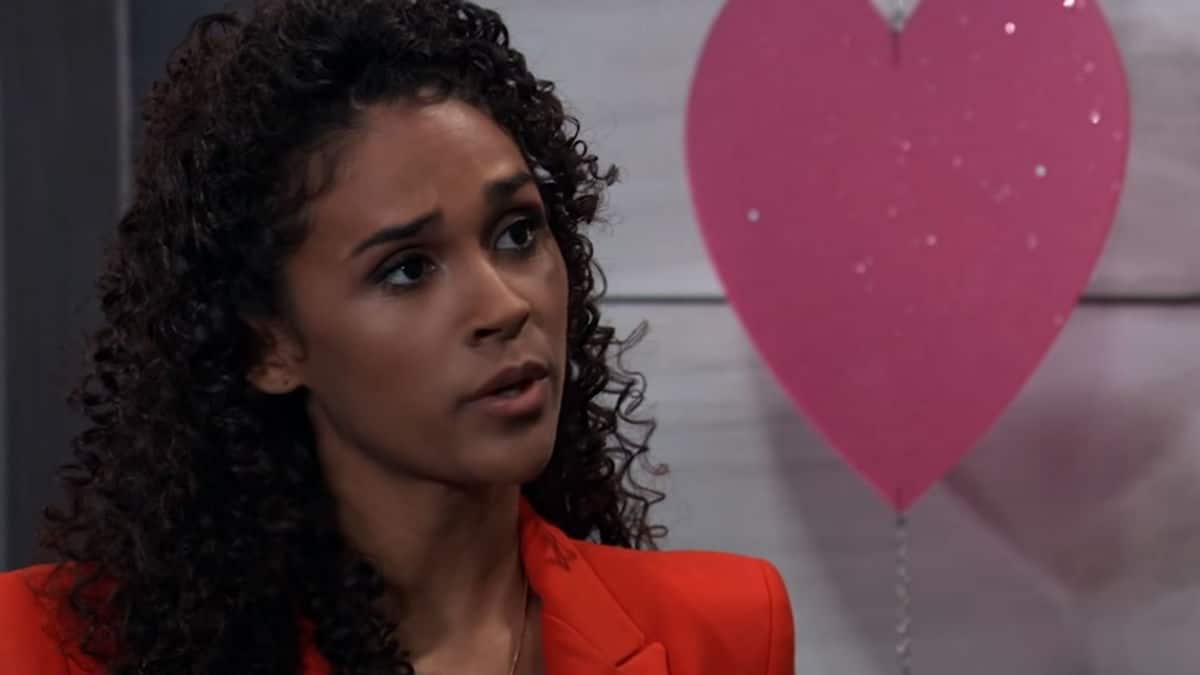 General Hospital spoilers for Wednesday, August 28 tease another day of exciting drama and tense situations for the citizens of Port Charles and GH fans!

At the Port Charles Police Department, Jordan Ashford (Briana Nicole Henry) discusses what sounds like Curtis Ashford’s (Donnell Turner) job he’s been doing for Valentin Cassadine (James Patrick Stuart). She sounds a little incredulous and not quite wanting to believe that Curtis would really do that job, as she asks him if he’s bordering on corporate espionage! Maybe Curtis shouldn’t take his work home with him, although maybe his work took him to the PCPD and Jordan just happened to be there, still only working part time!

Rocco Falconeri (O’Neill Monahan) is mad! He mouths off to his mom, Lulu Spencer (Emme Rylan) as he shouts at her, “If it’s ok for dad to quit, why not me?!” It sounds like maybe he doesn’t want to go to school or something like that, but whatever it is, Rocco’s having major problems because of Dante Falconeri’s (Dominic Zamprogna) problems! What is Lulu to do with that kind of understandable anger in Rocco? Nothing that has happened has been his fault!

Elizabeth Webber Baldwin, (Rebecca Herbst) surprised to answer her door to Franco Baldwin (Roger Howarth) has invited her husband – in body if not in mind – inside. She tells him that she loves her husband! She will keep telling him she loves him until she can get past pre-2012 Drew Cain’s (Steve Burton) personality and through to Franco, if it’s possible! “Frankendrew”, however, may just be there to tell him to leave him alone and stay away!

Elsewhere, Cameron Webber (William Lipton) is upset, and talks to Jason Morgan (Steve Burton) about it. It’s obvious that his stepfather not having his own memories might be what’s bothering him as he cries to Jason, “You know what it’s like, don’t you?” Jason does know what it’s like at least having seen the real Drew Cain (Billy Miller) with Jason’s memories! Jason, however was fortunate that he still had his, since they were copied instead of stolen or replaced!

Nina Reeves (Cynthia Watros) is livid at Jasper Jacks, (Ingo Rademacher) as she approaches him in a hallway; she apparently realizes what he’s really been up to as she shouts at him, “You’ve been lying to me since you walked through the door”!

Michael Corinthos (Chad Duell) delivers a message to Sonny Corinthos (Maurice Benard) from someone – a female someone! He tells him SHE wanted him to know that it’s payback! Could he be delivering a message from Cassandra Pierce (Jessica Tuck)? What possible payback could Cassandra have for Sonny when all he’s ever done was turn down a deal because she was friends with Valentin Cassadine (James Patrick Stuart)?