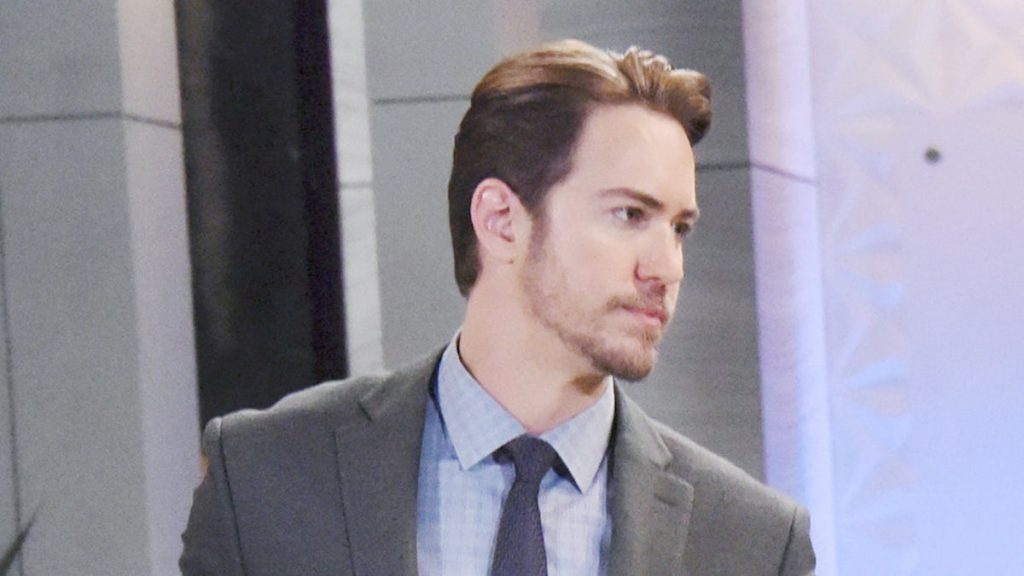 Maxie Jones (Kirsten Storms) wouldn’t have had a problem was she to have found out that Peter was a part of Drew’s past kidnapping by Helena Cassadine (Constance Towers) from Afghanistan. That was the past, and “Heinrik Faison” was in the past. After all, he saved Jason Morgan’s (Steve Burton) life by hiding him in the Boronsky Clinic on Russia instead of killing him like his father had ordered to be done.

After the point of Drew’s kidnapping from Afghanistan, Jason had already been taken to Cassadine Island where the memory transfer procedure would have been done with him and Drew together since Jason’s memories would have still needed to be transferred into Drew. Then when they were done with Jason after the memory transplant was when he was to have been killed. This was all in the past, and Peter was actually getting ready to tell her the truth before he was called away again, but then told her he was getting a story instead!

Shiloh Archer (Coby Ryan McLaughlin) had implied harm to Maxie in his first conversation with Peter when he told him he knew that he had helped Helena kidnap Drew. Shiloh, however, had SOLD HIM to Helena, and Peter may not have been aware of that part at the time! Helena did call Shiloh an idiot to Peter, however, and told him that Shiloh almost killed her prize, her prize having been Drew!

Shiloh mentioned to Peter “that cute little blonde you had with you at the Nurses’ Ball” and Peter knew that Shiloh still had faithful contacts on the outside who would do his bidding, that’s how he got the flash drive with Drew’s memories to begin with – he had a contact he hadn’t used in a while and contacted him to break into Drew’s Aurora Media office and break into his safe and steal it! Peter didn’t want Maxie in danger, so he gave into Shiloh’s blackmail!

General Hospital viewers probably wonder what would have happened if he had been honest with Maxie about Shiloh trying to blackmail him into helping him get out of prison, and why he lied to her and told her he was there to get a story. Viewers will recall what happened when meddling Maxie tried to help Lulu Spencer (Emme Rylan) and Dante Falconeri (Dominic Zamprogna) get back together by arranging a visit to Dante through her father, Frisco Jones (Jack Wagner)!

Dante refused the visit, Maxie rushed into the visitation room like a bull in a china shop, and Peter got shot in the arm by Dante trying to stop her! Peter knows that there will be no way of protecting Maxie from Shiloh’s subtle threats if he tells her the truth about the blackmail because she will insert herself right into the middle of it! But if after the fact she was to find out that Peter was a part of Drew’s CURRENT disappearance and possible death, even if it WERE to protect her, she may decide she can’t trust him and break up with Peter forever!

Peter would have been better off telling Robert Scorpio (Tristan Rogers) that he went to visit Shiloh for a story but then told him about the blackmail too so Robert could have pulled the calls that were supposed to have been recorded at the prison and headed Shiloh off at the pass! Whatever Peter’s part was in Drew’s original kidnapping is way past the statute of limitations, and out of Robert’s jurisdiction besides, although he could have contacted the WSB!

The Bold and the Beautiful Spoilers: Ridge Turns On Brooke After Thomas’ Accident