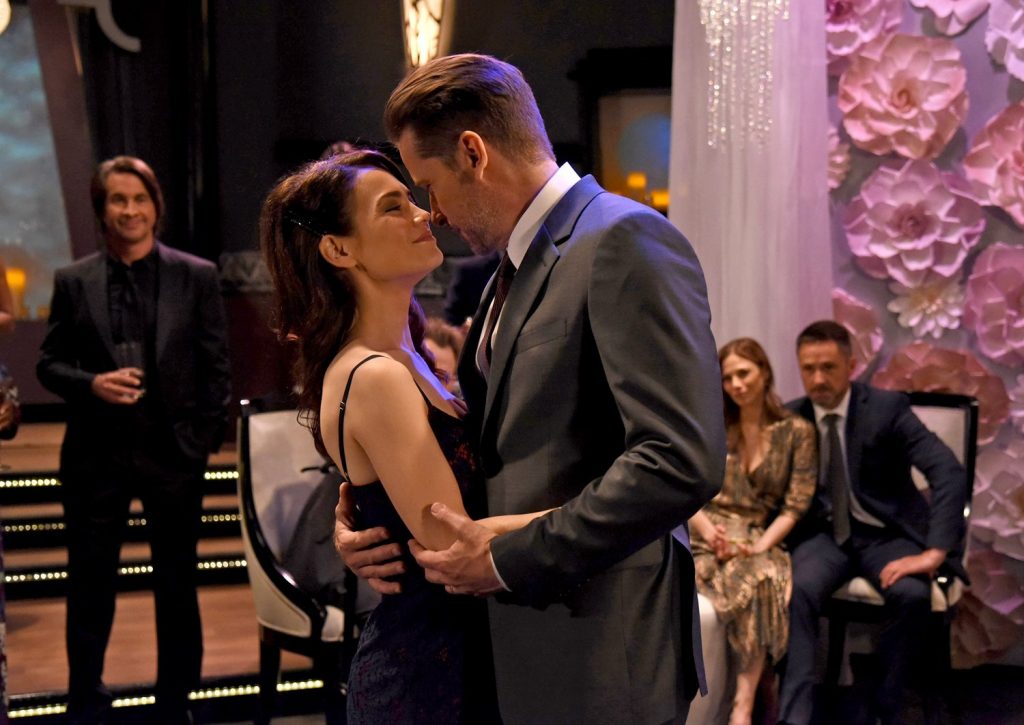 First, Peter August (Wes Ramsey) has serious questions to his contact who he had called previously to make sure that Drew didn’t get to Andre Maddox (Anthony Montgomery) before Drew went to Afghanistan. Peter tersely demands of the person on the other end of the phone why Andre Maddox is still alive!

As General Hospital viewers will recall, Shiloh Archer (Coby Ryan McLaughlin) blackmailed him with implied threats of harm to Maxie Jones (Kirsten Storms) plus revealing his past to her in exchange for making sure that Franco Baldwin, aka “Frankendrew” (Roger Howarth) didn’t get his own memories back. Shiloh wanted access to finding that dirty money he and Navy Seal Charles “Tex” Owens (uncast character) stole back in Afghanistan. Shiloh is out of luck unless he wants to swim to the bottom of the Gulf of Adan in the middle east to retrieve it from the wreckage of Drew’s plane!

Elsewhere, Elizabeth Baldwin (Rebecca Herbst) confronts Kim Nero (Tamara Braun) about her growing emotional attraction to pre-2012 Andrew Cain’s (Steve Burton) memories that happen to be living for the moment in her husband, Franco Baldwin’s brain and body! Elizabeth tries to be kind to Kim as she tells her the only thing she is doing by hanging on Drew’s memories in “Frankendrew” is making her own pain worse! But will Elizabeth be able to convince Kim of the truth of what she is saying to her? 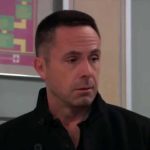 Dr. Monica Quartermaine (Leslie Charleson) is still in Franco’s room at the Metro Court, where she too has been taking advantage of Franco’s memory transfer situation to learn more about Drew’s past, and he has been accommodating her. There was a knock on the door as she was getting ready to leave, and it is Jason Morgan (Steve Burton).

He was coming to see Franco but also had news for Monica, and viewers could see pain in his eyes near the end of Monday’s episode as Jason said he needed to talk to her also. Monica appears to be in denial as she calmly questions Jason, “So you’re telling me that Drew is dead”? It is a possibility, since Robert Scorpio’s (Tristan Rogers) WSB contacts had found out that Drew’s jet had crashed in the Gulf of Adan in the Middle East, and there didn’t appear to be any survivors!

Elsewhere, Michael Corinthos (Chad Duell), obviously still unaware he may have an uncle to grieve over as well, talks to his sister Josslyn Jacks (Eden McCoy) about grieving. He tells Joss that grieving takes a lot longer than she thinks. Anyone who has lost a loved one or close friend knows that there is no timetable on grieving, and everyone grieves in different ways and different timetables; there is no wrong or right way to grieve and no certain time period it must be completed by!

At Charlie’s Pub, Brad Cooper (Parry Shen) blows up! General Hospital viewers will recall from Monday’s episode that Julian Jerome (William DeVry) became livid at Brad when he figured out that Wiley Cooper-Jones (Erik and Theodore Olson) is really Jonah Corinthos! Brad gets right up in Julian’s face as he shouts, “I stole Sonny Corinthos’ (Maurice Benard) grandchild!”

Sonny and Carly Corinthos (Laura Wright) have a discussion that seems to be rather serious. Carly is obviously talking about something Sonny doesn’t want to admit, either to himself or to others. She tells him the sooner he admits it, the better it is for everyone!