General Hospital Spoilers: Tracy’s Tongue Is Just As Sharp As Ever 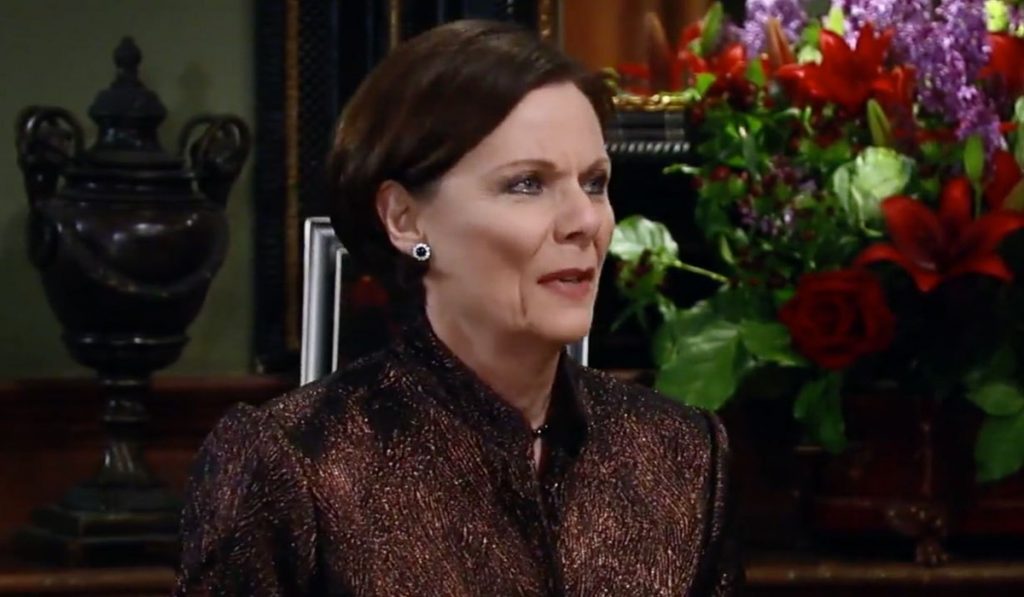 General Hospital spoilers tease that the Quartermaine family will be back in the spotlight and according to a lot of fans, it’s about time. Read on for all of the latest spoilers.

General Hospital Spoilers: Tracy’s Tongue Is Just As Sharp As Ever

General Hospital comings and goings indicate that Tracy is back as legendary soap actress Jane Elliot has returned to reprise her role. She will be back in Port Charles just in time for the holidays and as one would imagine, she will get caught up in some of the Quartermaine family drama. And for a lot of co-stars, it’s a welcome change. In fact, fans will agree that it’s great to see so many familiar faces back in action again and from what we know already, Tracy’s one-liners are going to be just as golden as they were before.

Wally Kurth, who plays Ned Quartermaine on the hit ABC soap, puts it this way to Soaps in Depth, “Got a couple of surprise family members who showed up. I love the Quartermaines. It’s an important legacy, and I’m always cheering that on. They have been on this canvas for many, many years, and ABC has invested a lot of time in the Quartermaines, so let’s keep it going.”

Tracy and her sharp tongue is back on the canvas just in time for yet another ELQ crisis. This time around though there certainly is going to be more bickering and bantering, which is what one would expect from Tracy and Monica Quartermaine (Leslie Charleson).

As many fans do recall, Jane Elliot created the role of the heiress back in 1978 and has been on and off ever since. Even though she retired from acting in 2017, she couldn’t say no to the producers when they called her to come back on the show again.

With that said, we have a feeling that there is going to be plenty of drama in the Quatermaine mansion again. And yes, we are looking forward to all of the snarky things that Tracy has to say. With that said, General Hospital fans will simply have to tune in everyday to find out what will happen next. The soap airs on the ABC network. Check your local listings for times.

The Young And The Restless Spoilers: Elena Finds Out What Devon Is Hiding