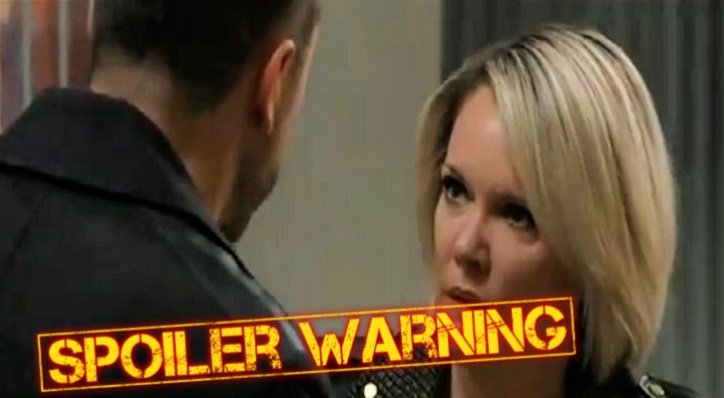 “General Hospital” spoilers for Thursday, January 31, tease that Shiloh Archer (Coby Ryan McLaughlin) will welcome Alexis Davis (Nancy Lee Grahn) to a Dawn of Day seminar. He’ll be pleased that Alexis has decided to join the group for some beneficial teachings. Alexis will proceed with caution here. She’ll certainly feel like Shiloh’s strategies are a bit unorthodox, but he could win her over by the end.

Shiloh will push Alexis and Kristina Corinthos-Davis (Lexi Ainsworth) to address the problems between them. During their faceoff, Kristina will admit that she wants respect. Shiloh will declare that they’re getting somewhere. He’ll believe tackling their issues head-on is the only way to solve them.

Alexis and Kristina will make some good mother-daughter progress, so Alexis may think DOD isn’t so bad after all. However, there’s a darker side just waiting to be unleashed. Alexis will inevitably see that in time. Until then, we can watch Drew Cain (Billy Miller) and Dr. Kim Nero (Tamara Braun) grow even closer. They’ve already been bonding, but GH fans can expect their connection to intensify on Thursday.

Drew will ultimately get a little nervous, so maybe he’ll be taken aback by what’s in his heart. He seems to be opening it to Kim, but that can be risky. Drew and Kim will just have to take the leap at some point. Over with Valentin Cassadine (James Patrick Stuart), he’ll summon Peter August (Wes Ramsey) and ask for his assistance. Of course, Peter may wonder how many favors Valentin could possibly need!

“General Hospital” viewers will recall that Peter recanted his statement against Liesl Obrecht (Kathleen Gati). He mostly did that for Maxie West (Kirsten Storms), but it helped Valentin out tremendously. If Peter hadn’t done that, Liesl might’ve blown the lid off Valentin’s fake daughter scam.

Still, Valentin will be in a bind in Thursday’s episode. He’ll explain the situation to Peter and hope he gets some help. Valentin will owe him even more if Peter can make this happen for him. Meanwhile, Maxie will have a chat with Liesl. It appears Dr. O will want to know all the details of Maxie and Peter’s relationship. Liesl will start to realize Peter’s truly smitten and will do just about anything for Maxie.

Other “General Hospital” spoilers say Ava Jerome (Maura West) will once again feel vengeful. Her dangerous desires will leave Julian Jerome (William deVry) concerned. He’ll corner Ava and insist that avenging Kiki Jerome (Hayley Erin) is a bad idea. Ava would just add to the drama if she landed behind bars and was kept away from Avery Corinthos (Ava and Grace Scarola).

At the police station, Harrison Chase (Josh Swickard) will help Jordan Ashford (Briana Nicole Henry) mull over the serial killer chaos. They’ll eventually realize someone may be the key to cracking the case. Jordan will call this person and insist that his or her info could help solve Kiki’s murder.

Thursday’s preview video shows Franco on the phone as well. He’ll tell the person on the other end that whatever it is, he didn’t do it. Will Franco be just the man Jordan’s looking for? It makes sense considering Ryan Chamberlain (Jon Lindstrom) will frame Franco soon enough!

It sounds like some gripping scenes are in the works. We’ll give you updates as other news and rumors emerge. Stay tuned to ABC’s GH and don’t forget to check Soap Opera Spy often for the latest “General Hospital” spoilers, rumors, updates and news.