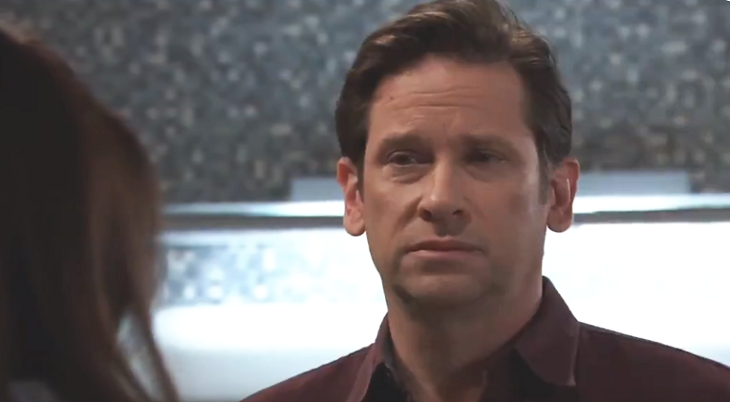 General Hospital spoilers tease that Franco Baldwin (Roger Howarth) may face almost as much danger as he did from Ryan Chamberlain (Jon Lindstrom) once Sonny Corinthos (Maurice Benard) returns to Port Charles with a very angry Dante Falconeri (Dominic Zamprogna) in tow!

No one has brought Sonny in on the loop about Franco not being the real killer, and so he told Dante in Turkey that Franco stabbed Lulu Falconeri (Emme Rylan) and she identified him. Of course, once Dante gets a chance to actually talk to Lulu, she will update him on what happened.

But if he and Sonny storm into town thinking Franco’s in jail but happen to see him somewhere before Sonny goes home to Carly Corinthos (Laura Wright) and Dante goes home to Lulu, this could be a big problem for Franco.

General Hospital Spoilers – Dante Has Always Had It In For Franco

Dante has it in for Franco anyway. He never did go in for that “brain tumor defense” as he called it when he and Sonny were talking about the case while in Turkey. Dante felt that whoever the judge was in Franco’s original case should have been disbarred and that Franco should have never been allowed on the streets again.

Sonny won’t exactly have a positive response to Franco being out on the street again either, and the two of them still may not believe what happened is the truth. They may believe the police were wrong to not keep Franco in jail instead of sending him to Ferncliff.

It will take Carly and Lulu together plus Jordan Ashford (Briana Nicole Henry) to convince Sonny and Dante that Ryan Chamberlain was the killer and not Franco. Even then they might not believe it!

General Hospital viewers know that Elizabeth Webber Baldwin (Rebecca Herbst) just took Franco back and told him to come back home. It would be a shame if Sonny and Dante made trouble for him out of ignorance and past grudges.

Down-the-road General Hospital spoilers say Lulu will find something terrible and Dante will be startled. Could this be pointing to Ryan trouble again? Or will Raj Patel (Noshir Dalal) come after Dante and Sonny and leave a gruesome message?