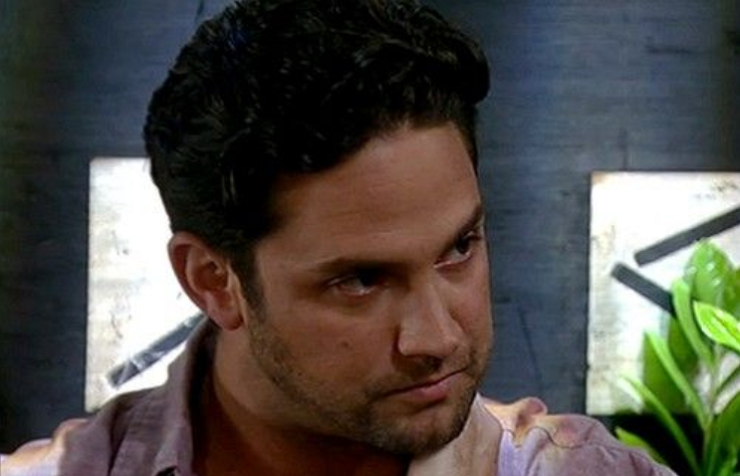 Days of Our Lives spoilers tease that due to being given false inside intel from Brady Black (Eric Martsolf) about Titan Industries, Stefan DiMera (Brandon Barash) will find a major DiMera deal falling apart.

Stefan will tear down on Leo Starke (Greg Rikaart) for bringing him bad information. Of course, this isn’t really Leo’s fault. He was set up by Brady who was in collusion with Gabi Hernandez (Camila Banus) to take down Stefan.

Days of Our Lives viewers know this has to be the ultimate in embarrassment for Leo, who sees himself as an expert scammer. He was out-scammed by Brady, who he thinks is his half-brother. That of course remains to be seen, although it may be true if Dr. Marlena Evans’ (Deidre Hall) out of body experience was real, and Andre DiMera (Thaao Penghlis) knew what he was talking about.

Savvy Days of Our Lives viewers figure that Diana Colville Cooper (Judith Chapman) intercepted the DNA results and altered them. She replaced the real document with a fake one, very similar to what Gabi did with baby Charlotte DiMera’s (Chloe Teperman) paternity test.

Leo seems to be headed towards finding himself collateral damage in the war between Brady, Gabi and Stefan. Brady and Gabi are strange business bedfellows, considering Brady is the CEO of Titan Industries, which is a major competitor of DiMera Industries, and Gabi’s business, Gabi Chic, is a subsidiary of DiMera Industries.

But they are interested in taking down Stefan himself – Gabi to save her company and Brady to save his ex-wife, Chloe Lane (Nadia Bjorlin) from what he feels is a dangerous relationship with Stefan for Chloe and her children.

Brady thinks Stefan is more dangerous than El Fideo’s (Andoni Gracia) goons, who have arrived in town and have started gunning for her. Although they mistook Ciara Brady (Victoria Konefal) in March 19th’s episode for Chloe, barely missing her head with their bullets.

Days of Our Lives Spoilers and Recap Tuesday, March 19: Marlena Awakens – Ciara Is In Danger

When it comes right down to it, Brady is probably not being so noble, although he obviously wants to protect Chloe. He’s probably motivated by jealousy. As far as working for Stefan, Leo’s probably out of luck. But he probably won’t want to work for Brady now either, since he realizes that he’s been set up by him!