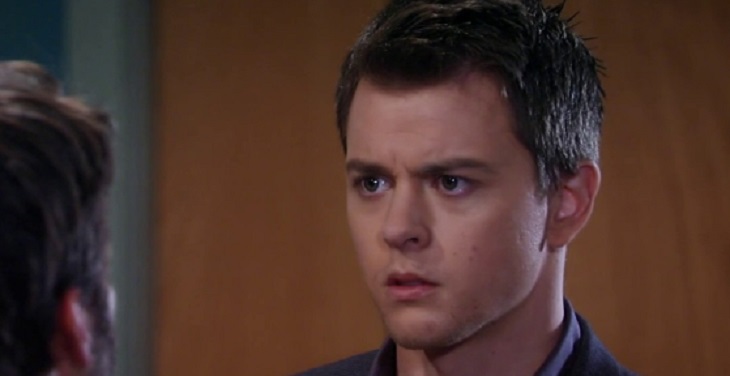 General Hospital (GH) spoilers tease that everyone is after Shiloh Archer (Coby Ryan McLaughlin) and they want to see that he pays for his bad deeds. Michael Corinthos (Chad Duell) cannot let Shiloh get his hands on baby Wiley and he moves to save the infant from getting hurt by the creepy cult leader.
Here’s what you need to know about what’s ahead on GH.

Robert Scorpio, played by Tristan Rogers, is the man in charge and everyone from Sam McCall (Kelly Monaco) to Sonny Corinthos (Maurice Benard) have visited him demanding that he do something to get him off the streets. Roger thought it was funny that mob boss Sonny is coming to the police asking him to get rid of Shiloh and run him out of town.

The truth is Shiloh’s quest to prove that Wiley is his son will blow up another secret. When he takes a DNA test, he will learn that Wiley’s DNA won’t match his.

At first, he may think someone might have switched the results. That could lead to another test to confirm. When the second test comes back as no match, Shiloh will be confused about how this could be.

While the baby secret is poised to come out soon, it will be a few months away. General Hospital spoilers tease that Michael will do whatever he can to protect Wiley from Shiloh’s grasp.

If Shiloh takes a paternity test, it will come out that he isn’t his dad. General Hospital spoilers say that he will assume after a repeat test that Willow Tait (Katelyn MacMullen) wasn’t as innocent as he originally thought.

It won’t even enter his mind that his baby is dead and Nelle Bensen (Chloe Lanier) switched his dead son with her child to keep her baby away from the Corinthos family. Michael will do something shocking and it will throw Shiloh for a loop. He will struggle to figure out what his next move should be and how he can overcome Michael’s move to protect Wiley.

Bold and the Beautiful Spoilers: Thomas Has Gone Too Far – Will He Pay For His Crimes?