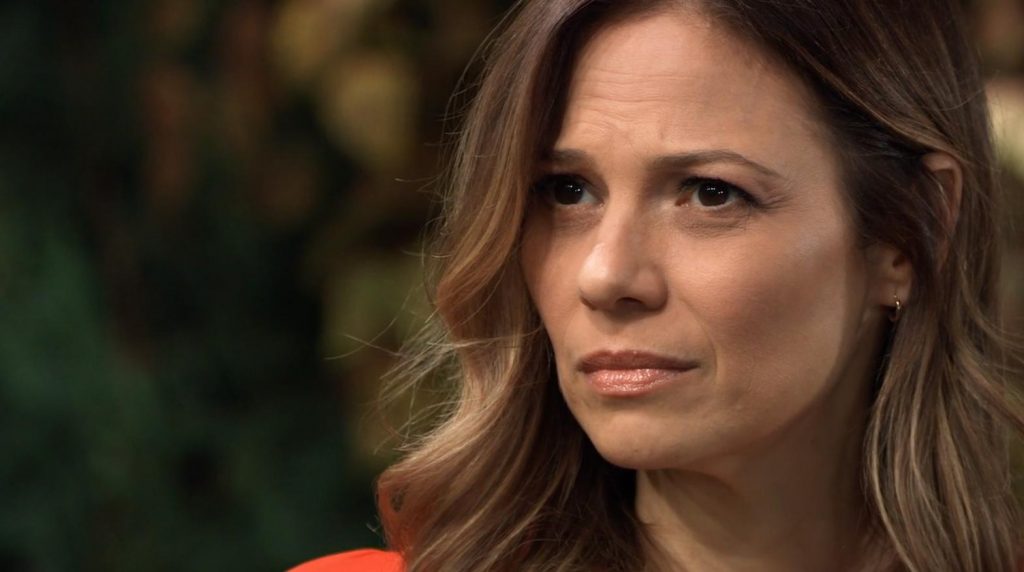 As General Hospital viewers know, Kim has been slipping down a slippery slide lately mentally! She has basically fallen in love with a ghost – the ghost of Drew Cain’s (Billy Miller) memories and personality, that isn’t even like the personality GH fans have gotten to know as that of Drew Cain!

But with the real Drew presumed dead, and not having remembered her from his past anyway, this Drew, inside Franco Baldwin’s (Roger Howarth) has presented an alternative for her to love – at least in her mind! 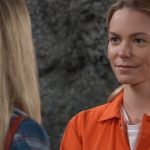 Why would Kim disappear now, when Franco is still in Shadybrook, and she has been making such a fuss about his – well, Drew’s – rights being violated? Scott Baldwin (Kin Shriner) is getting ready to go to court to make sure that Elizabeth Baldwin’s (Rebecca Herbst) guardianship over her husband stays intact and to make sure that Franco is in Shadybrook beyond the 48-hour psych hold that he and Liz set up so Franco wouldn’t leave town and run off with Kim, like he was going to when intercepted by the Shadybrook orderlies.

The psych hold doesn’t do anything except keep the patient from hurting themselves or others, then there is a competency hearing to determine whether the patient needs to be kept for further evaluation or treatment. Elizabeth will need to be at the hearing and if Kim was protesting, she should be there as well. Franco himself could have requested her to speak for him and now nobody can find her! The hearing can’t proceed without her if Franco requested her to speak for him!

General Hospital Spoilers – Dr. Andre Maddox Would Be At This Hearing Also, To Explain The Technology Aspects

Dr. Andre Maddox (Anthony Montgomery) would also be at this hearing, to explain the technology aspects of how Franco came to receive another man’s memories and personality and he may also explain how he proposes to treat Franco. He will need to be honest about the expectations for success not being real great, but if he doesn’t try, no one will ever know if the memory transfer reversal process will be successful or not.

There is a risk of Franco becoming a vegetable, but then there is also the chance that nothing happens, and Franco remains with Drew in the brain, or Drew’s memories and personality become more intense in Franco, or – the best case scenario – it is successful and Franco returns to his own mind and personality. True, this is not a normal case, not a recognized mental illness, and certainly not a widely known occurrence!

Cameron may be at Franco’s competency hearing to tell what happened to him when he was kidnapped by Shiloh Archer (Coby Ryan McLaughlin) and how he would have been the one with Drew’s memories had Franco not stepped in and convinced Shiloh and Dr. Arthur Cabot (Time Winters), who were arguing over using Cameron because he is only a teenager, to put Drew’s memories in him instead.

He may look at Oscar’s Meadow, or her apartment, or it’s possible someone else has already looked in those places and not found her. Obviously phone calls to Kim have not yielded any results. Other General Hospital spoilers tease that Kim convinces new Port Charles attorney Martin Gray (Michael E. Knight) to take this landmark, precedent-setting case, and perhaps Cameron finds her with him elsewhere in the hearing venue! Competency hearings sometimes take place in a regular courthouse, sometimes in a special room in the mental health facility. It all depends on how they’re set up.