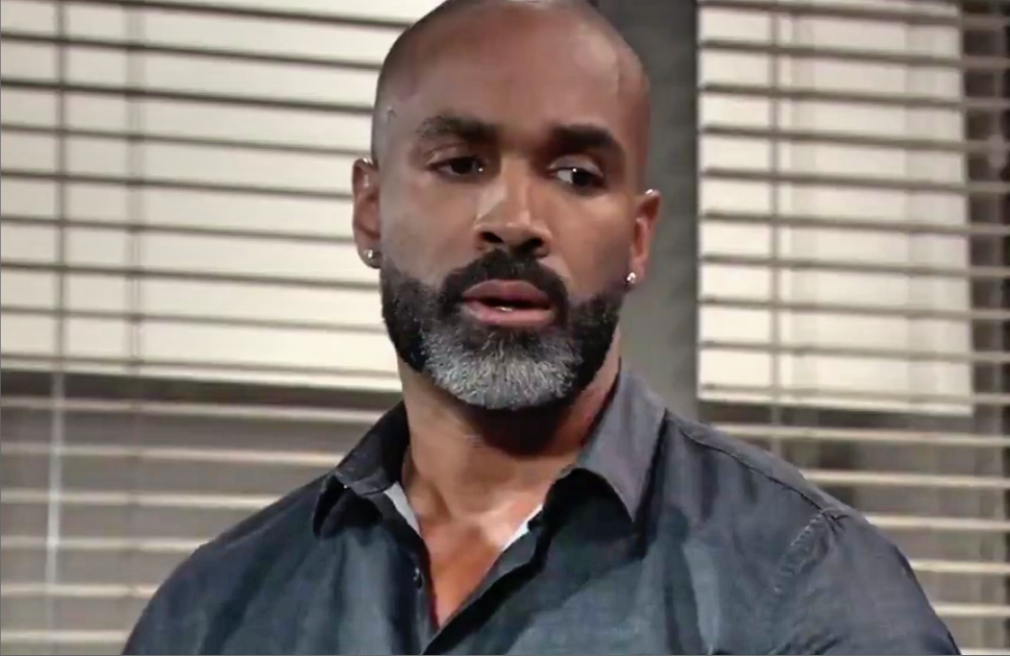 GH Spoilers: Curtis Ashford And Sam McCall Will Catch Up

The two private investigation partners have not worked on a case together in quite some time, nearly a year as a matter of fact. Sam had added him as her partner after Damian Spinelli (Bradford Anderson) had moved out of state.

Although she still does use Spinelli long-distance at times and he came to Port Charles to help her in the case with former District Attorney Margaux Dawson’s (Elizabeth Hendrickson) mother and proving she was complicit in Margaux’s father’s murder, thereby leveraging Margaux to no longer pursue Sonny Corinthos (Maurice Benard) as a suspect to prosecute.

Not too long afterwards Ryan Chamberlain’s (Jon Lindstrom) murder spree began and all of Port Charles had unsolved murders and a loose serial killer on their minds, Shiloh Archer (Coby Ryan McLaughlin) and Dawn of Day hit town also and Sam became involved with taking him down and protecting her sister Kristina Corinthos-Davis (Lexi Ainsworth).

The blindness “virus” also struck three sets of twins including Jason Morgan (Steve Burton) and Drew Cain (Billy Miller), who went blind just in time to hit Jordan Ashford (Briana Nicole Henry) and seriously injure her with his car, and Curtis has been preoccupied with taking care of Jordan and making sure she got her kidney transplant! Sam and Curtis have a lot to catch up on, indeed!

Since Curtis is working for Valentin Cassadine (James Patrick Stuart) investigating Jasper Jacks (Ingo Rademacher) and also working for Drew Cain overseeing security at Aurora Media (this could be a cover) he may ask Sam some questions about Jax as well. She has known Jax longer than almost anyone in Port Charles, having worked with him in 2003 to find “The Dead Man’s Hand” which were supposed to be a set of lucky cards that could have saved Jax’s father’s life.

Sam was interested in the cards and sabotaged the search somewhat, and Jax’s car, while becoming lovers with Jax, and as a result his father died because the cards were not found and taken to him in time. It’s unknown if there was really some cure possibly encoded in the print of the cards or they were relying on luck alone!

‘The Bold and the Beautiful’ Spoilers: Thomas Hurdling Towards Destruction – Emma’s Death Takes Its Toll

The Young And The Restless Spoilers: Victoria Plots To Take Dark Horse Down – Will She Be Able To Beat Adam At His Own Game?