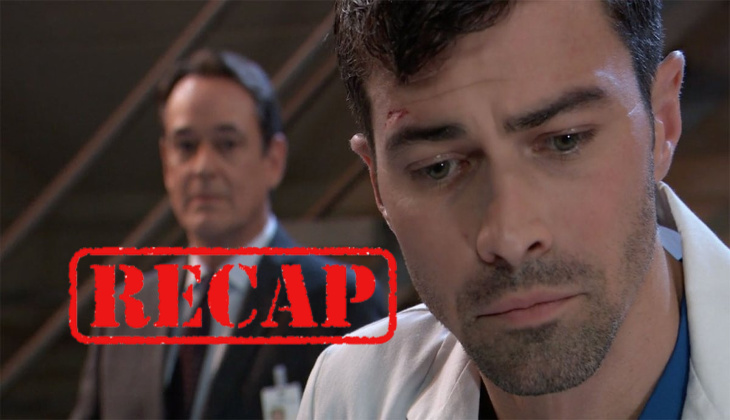 Jason tells Sonny he read it for research. Spinelli (Bradford Anderson) joins them and says he is researching too and might be able to help. Spinelli tells Sonny and Jason about Shiloh’s (Coby Ryan McLaughlin) legal problems as a young man. Spinelli tells them that Shiloh’s story checks out about the job in Afghanistan. Spinelli says Shiloh has had glowing reviews since his name change.

Spinelli tells Jason there is a woman involved who used to be close to Shiloh. Jason asks who the woman is. Spinelli says Shiloh and this woman open branches together, the most recent in Beecher’s Corner. Sonny questions why the woman isn’t in Port Charles. Jason tells Sonny he is going to take a trip to Beecher’s Corner.

Spinelli's got the goods on D.O.D. … but will the information give Jason what he needs to figure Shiloh out? @BfordAnderson#GH is brand-new and STARTS NOW on ABC! #GH55 pic.twitter.com/leYmmDcOf9

General Hospital’s Sam (Kelly Monaco) shows up at the Dawn of Day house to visit Shiloh, Kristina answers the door and thinks Alexis sent her. Shiloh tells Kristina that Sam is there to see him. Sam and Shiloh tell Kristina she is there to learn more about the group. Sam asks Kristina to join them, but she has to go into town. Kristina plans to have dinner with Sonny; Sam tells her to say hi for her. Sam looks at Shiloh’s memorabilia and is impressed.

Sam asks why Shiloh doesn’t have a family of his own. Shiloh asks if Sam has settled down with Jason. Sam tells Shiloh her relationship with Jason is none of his business. Shiloh wants to have a session with Sam to identify her barriers. Sam agrees to talk to Shiloh, and he believes everyone Sam ever loved abandoned her. Shiloh tells Sam that Kristina has shared a lot of her history with him. Shiloh says Sam is attracted to dangerous men because that is all she has ever known. Shiloh invites Sam to a Valentine’s Day event. Kristina sees Shiloh and Sam touching hands. Sam tells Kristina she just agreed to come to the Valentine’s Day event.

General Hospital’s Alexis is making an appointment with a new doctor, Julian (William DeVry) asks why Kevin (Jon Lindstrom) stopped seeing her. Julian questions Alexis about her therapist. Julian tells Alexis she has a lot to work out including her interest in his and Kim’s love life and tells her they are back together. Alexis sits beside a man at the bar and calls Julian an arrogant bastard. Alexis orders a drink; the man is surprised she doesn’t have something stronger.

Alexis tells him she can’t drink anymore and thanks him for not asking why. The man tells Alexis that she doesn’t need her ex for her next breakthrough. Alexis tells him he is very perceptive for a barfly. Alexis’ new friend suggests they discuss it over dinner next time. Alexis doesn’t give the man her number; she says she isn’t ready to date. The guy leaves his card in case Alexis changes her mind. Julian asks her what happened to her friend; she excuses herself for an appointment. Alexis walks into her doctor’s office to see her friend from Charlie’s.

General Hospital’s Liz (Rebecca Herbst) is waiting at the PCPD to talk to Franco (Roger Howarth). Margaux (Elizabeth Hendrickson) and Jordan (Briana Nicole Henry) mention the evidence and Liz points out the killer has shifted the blame before. Liz doesn’t understand why they are so sure that Franco is guilty. Jordan and Margaux question Franco who accuses them of exploiting his history. Franco tells them someone planted the licenses in his room, and they don’t believe him.

"Turns out, you won't be railroading my son after all." #GH55 pic.twitter.com/H66bgkN1kp

Scott comes in with a file and tells Jordan and Margaux they won’t be railroading his innocent son. Scott has an injunction filed to protect Franco until all medical things are taken care of with him. Jordan tries to tell Margaux that Franco isn’t the killer, the crimes don’t match his other crime scenes. Margaux disagrees and tries to prove her point.

General Hospital’s Franco goes to General Hospital for tests. Ava (Maura West) approaches him and says she heard about his arrest. Ava talks about trying to protect Kiki from Franco years ago. Franco tries to convince Ava he would never hurt Kiki. Franco tells Ava the cops are wasting their time trying to pin this on him. Franco can’t believe that Ava would believe any of this.

Ava tells Franco she believes him. Franco asks Ava to talk to Kevin for him. Franco tells Ava she doesn’t understand why Kevin wouldn’t help him if he thought he was about to suffer a break. Ava excuses herself to apologize to Kevin. Franco is nervous and questions what if the tumor has returned and is causing him to do all these things. Liz tries to convince Franco that she has enough faith for both of them.

General Hospital’s Griffin (Matt Cohen) is waiting to give blood, Ryan (Jon Lindstrom) joins him. Ryan says it’s a fine day to give blood, Griffin looks shocked. Ryan tells Griffin he needs his help. Ryan asks Griffin if he knows where Ava is. Griffin questions why he would know Ava’s whereabouts, he says they were embracing earlier. Ryan asks if Griffin wants to tell him anything man to man. 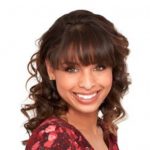 Griffin tells Ryan nothing is going on with him and Ava. Ryan tells Griffin he’s. Next, he questions the comment. Ryan says to give blood. Liz and Scott approach Griffin about the MRI for Franco. Griffin says it will be a while. Meanwhile, Ryan goes to Kevin’s office and plans to kill Griffin. Ryan plans to make it look like an accident. Ryan asks Griffin to go to the roof with him to pick out a spot for a brick for Kiki.