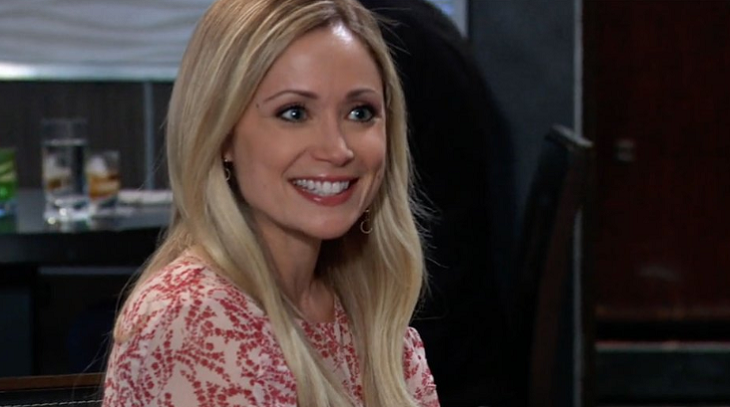 General Hospital spoilers tease that Peter August (Wes Ramsey) will be shocked to find Lulu Falconeri (Emme Rylan) back at work in her office at the Invader after being gone for only two weeks.

He will likely question if that was long enough to recover from the trauma that she had endured for the last couple of months. She will probably question if she’s absolutely sure that she’s ready to come back to work full time.

Lulu may well have found she is one of those people who heals better when she is distracted with something she has to keep her mind on and that requires concentration, and being a reporter and writer certainly does.

General Hospital Spoilers – Writing Can Be An Emotional Outlet

In addition, many creative people find that being creative, which a writer also does depending on the type of writing, is a superb emotional outlet. Lulu may be one of those people.

On the other hand, not all people heal in the same time span and in the same way, and maybe Lulu is one who has to keep busy. She may have a difficult time convincing Peter of that, although generally he seems to be a pretty understanding guy.

General Hospital viewers know that when Lulu puts her mind to something, she will follow through until it’s done and she won’t give up. She likes to write about things in the middle of the action.

She won’t want to be relegated to writing about dog shows and craft fairs (although her alter ego Emme Rylan would be very interested in craft fairs, as her fans well know).

But Lulu does have a habit of getting into the middle of danger as well, with her reporting and writing. Maybe that’s just her channeling her daddy Luke Spencer (Anthony Geary). What do you think Lulu might argue with Peter about writing a series about next?

She’s probably not going to be interested in writing “Ryan Chamberlain: Dead or Alive?” for obvious reasons! Perhaps an expose’ of Shiloh Archer (Coby Ryan McLaughlin) and the Dawn of Day cult? That certainly would be the kind of story Lulu could dig her writing teeth into.