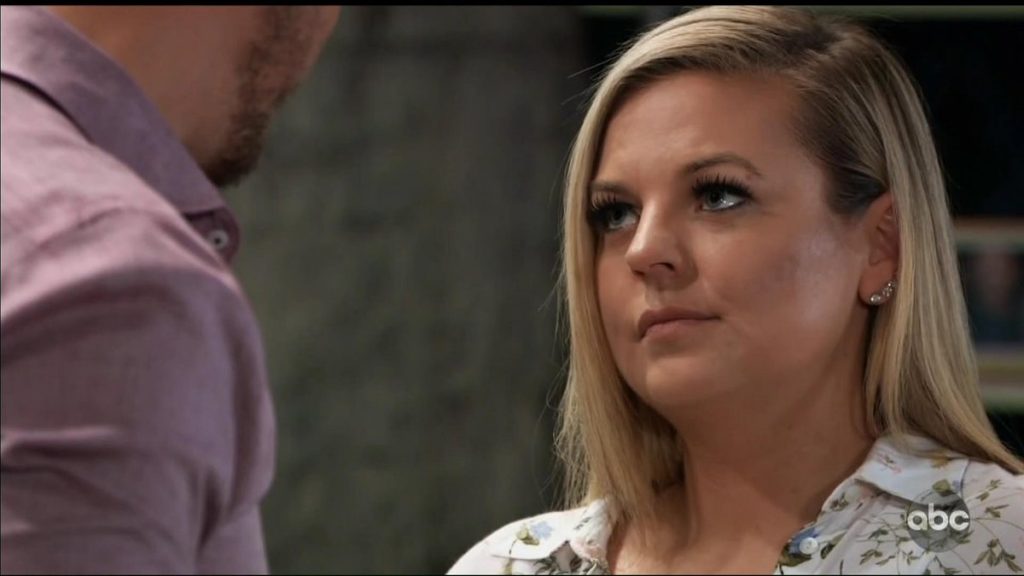 General Hospital spoilers tease that Peter August (Wes Ramsey) will face his fears and make a bold move this week on General Hospital; can he convince Maxie Jones (Kirsten Storms) that he means it?

Monday’s General Hospital previews show Maxie talking to Lulu Falconeri (Emme Rylan) about Peter, and having her doubts as to how serious he is because it seems like the closer they get, the more he seems to pull away.

Peter is also shown talking to his mother (as far as General Hospital viewers know so far she is) Anna Devane (Finola Hughes) about something, and telling her she doesn’t know what he’s capable of; it sounds more like he doesn’t know what he’s capable of in the romance department and needs some motherly advice and encouragement! Perhaps Anna tells him to make a bold move that will impress Maxie!

Peter may need to come up with something totally un-Peter like and huge to convince Maxie how serious he is. He is very new at the romantic relationship game and Maxie appears to be his very first girlfriend, ever. Dating is likely frowned upon in a Catholic school full of nuns and priests, and students may be groomed to enter convents and monasteries.

Of course, most students with any kind of normal desires will ignore that advice, but a shy one like Peter probably didn’t get into a lot of trouble, besides, he probably would not have wanted to expose a girlfriend to his father, the evil Cesar Faison (Anders Hove)!

Anna may advise him to be much more aggressive in his approach where it comes to Maxie; she likes to be chased and doesn’t want to have to tell her man how to go about things. She likes the romantic games of “sending signals” and expecting her man how to interpret those signals, but that is not always something one can learn.

Peter is more of a straightforward guy and needs to hear things in words so there is no misinterpretation. He’s not necessarily wrong in that either, singles have experienced untold misery over “mixed signals” or misinterpreted ones!

Bold and the Beautiful Spoilers: Wyatt & Flo Explore Their Past & Look To A Bright Future