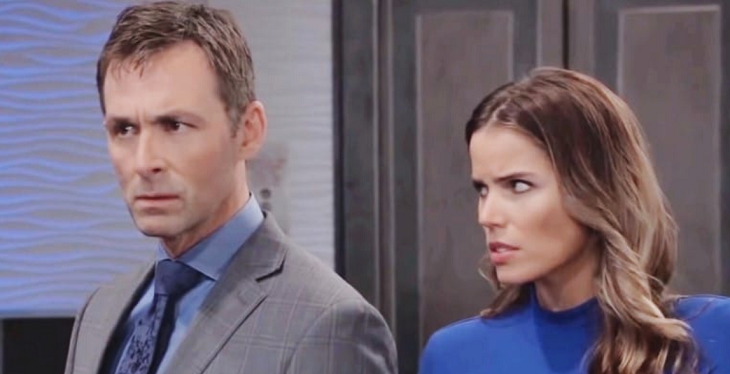 General Hospital spoilers tease that Nina Reeves (Michelle Stafford) will be thrilled for the young woman she thinks is her long-lost daughter, Sasha Gilmore (Sofia Mattson). She knows Sasha is in a budding relationship with Michael Corinthos (Chad Duell) which seems to be accelerating quickly.

In fact, things appear to be getting very serious between the two of them. Any mother would be thrilled at the possibility of her daughter marrying well, and marriage to the CEO of ELQ would be very well indeed!

However, Valentin Cassadine (James Patrick Stuart) is not thrilled at all. He is totally against Sasha being involved with Michael whatsoever. Valentin is not looking at Michael as a Quartermaine, however, as Nina is – he is looking at him as a Corinthos.

Valentin knows that if his and Sasha’s secret ever got out and Sasha was with a Corinthos, he’d have a lot more problems than Nina being heartbroken and angry, he’d have a mob boss possibly out to kill him!

Of course, Valentin doesn’t really know Sonny. The only real contact he’s had with him is when Sonny intercepted him several years ago trying to take Spencer Cassadine (Nicolas Bechtel) with him. This was shortly after Nikolas Cassadine (Tyler Christopher, Nick Stabile) presumably died.

Kristina Corinthos-Davis (Lexi Ainsworth) is living proof of that. For that matter, so is Molly Lansing-Davis (Haley Pullos). Ric Lansing (Rick Hearst) is Sonny’s half-brother.

General Hospital viewers can only imagine what would happen with Sonny and Valentin in some kind of war with each other. It wouldn’t be a mob war since Valentin is not a mobster and hasn’t been a mercenary for years. 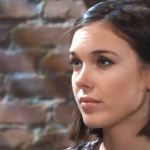 Valentin does know if Michael is hurt somehow by finding out about the deception he has been using Sasha in to give Nina a daughter, there will be huge repercussions coming from Sonny!

MUST WATCH General Hospital Preview Video Friday, May 10: Kristina Demands Trust Offering Back, Shiloh Refuses – Will He Expose It?