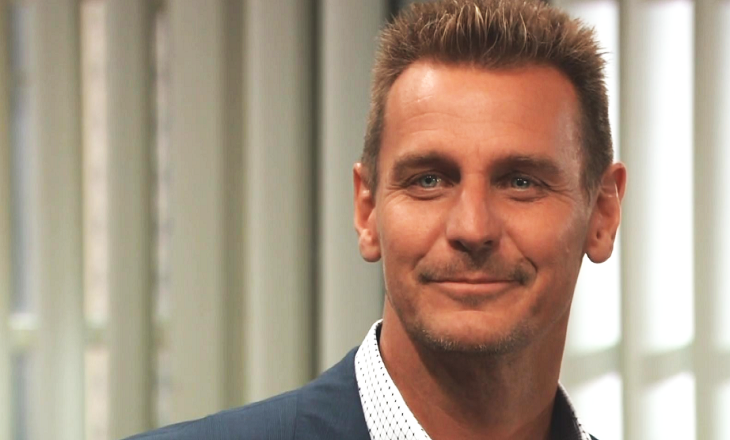 General Hospital (GH) spoilers tease that Monday, June 17 will be full of questions, answers, and drama! First, Curtis Ashford (Donnell Turner), worrying about Jordan Ashford’s (Briana Nicole Henry) large pile of medical bills, says either to himself or possibly to someone else, “We have to figure out how to pay for this!”

Elsewhere, Trina Robinson (Sydney Mikayla) talks with Josslyn Jacks (Eden McCoy) and Cameron Webber (William Lipton) and seems encouraged that they can do something; could they be talking about a séance to contact Oscar Nero Quartermaine (Garren Lake Stitt)?

Meanwhile, Jordan’s still in the hospital, although no longer in the intensive care unit, or ICU. Dr. Hamilton Finn (Michael Easton) has come in to check on her and she asks him how Ryan Chamberlain’s (Jon Lindstrom) doing. Finn gives her a look like he’s thinking he’d like to change the subject!

Elsewhere, Mayor Laura Webber (Genie Francis) needs Mac Scorpio’s (John J. York) help. Could she be asking him to take over for Jordan while she recovers? He would be an excellent choice, having been police commissioner twice before!

Kim Nero (Tamara Braun) is obviously depressed as she talks to her boyfriend Julian Jerome (William DeVry); she says she just doesn’t know who she is. Her whole life for the past sixteen years has been wrapped around Oscar, and now he’s gone, so she doesn’t feel like she has an identity anymore if it’s not Oscar’s mom.

Jordan's facing some harsh realities, West Coast. Life post-transplant is going to be an adjustment for her and Curtis. @donnellturner1
An emotional, new #GH starts RIGHT NOW on ABC! @Bri_Nic_Henry pic.twitter.com/PqFxVVVh02

Elsewhere, Valentin Cassadine (James Patrick Stuart) makes Jasper Jacks (Ingo Rademacher) an offer he hopes he can’t refuse and asks to buy out his part of Aurora Media. Obviously, Valentin doesn’t like Jax being so up close and personal at Crimson, and especially not where Nina Reeves (Cynthia Watros) is concerned! Will Jax take him up on his offer? It’s doubtful!

Peter August (Wes Ramsey) is having a meal with Maxie Jones (Kirsten Storms) who’s obviously preoccupied. Peter wants to know if Maxie’s okay! Might things at work and with her bestie Lulu Falconeri (Emme Rylan) be on her mind?

The Bold And The Beautiful Spoilers, Monday, June 17: Hope Becomes Distraught After Losing Something Important To Her- Brooke Is Onto Thomas