As General Hospital viewers will recall, Carly Corinthos (Laura Wright) has been keeping a big secret for Nikolas Cassadine (Marcus Coloma), namely that he survived. Keeping his secret has made trouble between Carly and Sonny Corinthos (Maurice Benard) and also for Jasper Jacks, also known as “Jax” (Ingo Rademacher), whose house Nikolas has been staying at since arriving back in Port Charles on Halloween.

In Monday’s preview video, Sonny and Carly get into an argument, as Sonny asks Carly where she was; Carly asks if this is another interrogation, Sonny shoots back that he doesn’t know unless she wants to confess, and Carly, irritated, tells him she wants to confess that she’s sick of her husband treating her like an enemy! Sonny tells Carly he wouldn’t treat her like that if she would just tell him the truth, and it looks like Carly is going to reveal Nikolas’ secret to Sonny as she says it’s time she tells him exactly what’s going on! 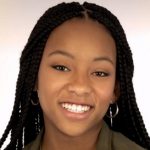 Jason Morgan (Steve Burton) doubts Sonny’s motives, as they are likely talking about Sonny trying to get his father, Mike Corbin (Max Gail) into the Alzheimers’ trial in Sweden, against all advice from family and friends. Dr. Griffin Munro (Matt Cohen) had given him the information about the trial and the contact information, but he had only looked at Mike’s charts, he hadn’t actually seen Mike either professionally or personally.

Sonny just wants to keep his father around as long as possible, but now he has a complication with Mike’s cousin Gladys Corbin (Bonnie Burroughs) staying at the Corinthos house for Christmas and she had encouraged Marcus Godfrey (Nigel Gibbs) to let his wife, Yvonne Godfrey (Janet Hubert) die with dignity because of what she went through with a friend of hers with Alzheimers’ named Dot; quite likely she will start in on Sonny with the same thing regarding Mike! Sonny doesn’t want to wait around to see what happens, he wants to act!

At the Port Charles pier, Carly and Jax meet to discuss what their new plan should be, since the portrait of Helena Cassadine (Constance Towers) caught fire and burned up at Ava Jerome’s (Maura West) art gallery during the recent art auction.

Nikolas hasn’t indicated to Jax that Ava has said anything to him about if she has the codicil, although she said to him in private that she’d let him have it – with certain conditions he has to meet. It seems that the conditions may include his ceasing to play dead and letting his loved ones know he’s alive since in the New Year’s preview he is seen standing behind Lulu Spencer (Emme Rylan) at what appears to be either Valentin Cassadine (James Patrick Stuart) and Nina Reeves’ (Cynthia Watros) wedding at Wyndemere!

Sam McCall (Kelly Monaco) plays it smart now that she got a surprise parole for Christmas, thanks to the efforts of Ned Quartermaine (Wally Kurth) giving a good word to the parole board, after his cousin Jason Morgan (Steve Burton) asked him if he could pull any strings, having been mayor of Port Charles preceding Laura Collins (Genie Francis).

She will continue to catch up on her family time with Jason, Danny Morgan (Porter Fasullo) and Scout Cain (Ella Ramacieri) although she may take some time to go to Turning Woods’ long term rehabilitation wing to check in on her brother by birth, Lucas Jones (Ryan Carnes) who remains in a coma. Also in Monday’s episode, Curtis Ashford (Donnell Turner) will call a meeting with Laura, Michael Corinthos (Chad Duell) will have advice for Sasha Gilmore, (Sofia Mattsson) and Jax will head over to Wyndemere.