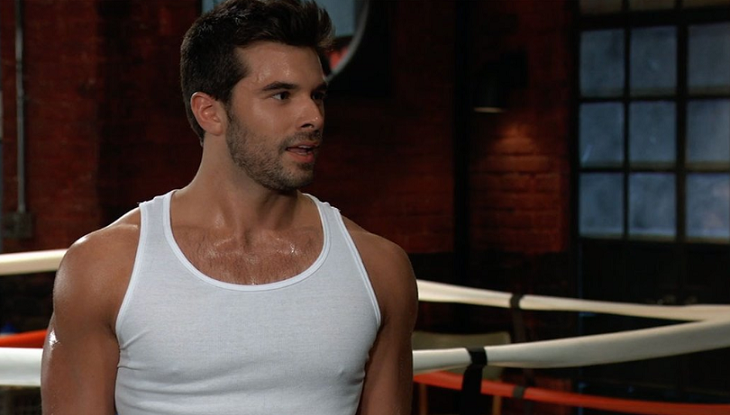 “General Hospital” spoilers for Monday, April 8, tease that a big moment will arrive for Dr. Hamilton Finn (Michael Easton). He’ll tell Anna Devane (Finola Hughes) there’s something he wanted to ask her, so he’ll obviously plan to propose. Sadly, Finn will have to wait on popping the question.

Robert Scorpio (Tristan Rogers) will interrupt before Finn asks Anna to spend the rest of her life with him. Finn will table the discussion for now and promise himself to try again later.

Next, Peter August (Wes Ramsey) will realize he’s got a chance at happiness with Maxie Jones (Kirsten Storms). She rejected Chet Driscoll’s (Chris Van Etten) offer to go out on a date and Peter is the reason why.

Maxie will confess that she wants to be with Peter, so he’ll assure her he’s all in. If Maxie’s ready, Peter’s ready. However, GH spoilers say Maxie will still have concerns. She won’t quite know there this leaves them, but Peter may suggest there’s no pressure. Maybe they can just start with a date and see where this goes from there.

Over with Alexis Davis (Nancy Lee Grahn), she’ll tell Dr. Neil Byrne (Joe Flanigan) that her daughter’s in a cult. Neil will get Alexis to elaborate, so he’ll learn about Kristina Corinthos-Davis’ (Lexi Ainsworth) Dawn of Day dilemma and how bad it’s getting. Jason Morgan (Steve Burton) will agree during his conversation with Sonny across town. He’ll contend that the longer they wait, the worse this gets.

Nina and Valentin are back in Willow's classroom, but who will come out on top? Tune into a dramatic, new #GH – STARTING NOW on ABC! pic.twitter.com/EWIA7WMNZn

Sonny and Jason will plot a shocking move to break Kristina free from Shiloh Archer’s (Coby Ryan McLaughlin) grasp. Of course, they’ll need a little time to get their act together. Unfortunately, Kristina is set to be inducted into “The Trust” – DoD’s creepiest and most exclusive level. When Sam McCall (Kelly Monaco) realizes something’s about to go down tonight, she’ll grill a nervous Kristina about it.

Kristina may argue that she can’t share much with Sam. Only members of “The Trust” can know exactly what’s up. Still, she might allude to her initiation and hope for Sam’s support. Later, Sam will dig around and do her best to figure out what Shiloh has in store for Kristina.

Other “General Hospital” spoilers say Shiloh will drop by the school with something he claims belongs to Willow Tait (Katelyn MacMullen). Naturally, Willow won’t want anything from Shiloh.

She’ll push him to leave and Harrison Chase (Josh Swickard) will back her up. In fact, Chase will move in close to Shiloh with a glare. He’ll push Shiloh to understand that he needs to leave Willow alone – or else!