General Hospital Spoilers: Lulu Makes Her Decision – Is She Moving On From Dante? 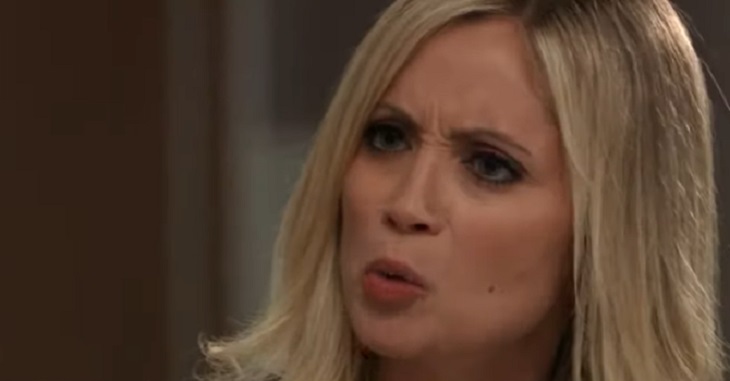 General Hospital spoilers tease that Lulu Falconeri (Emme Rylan) will invite Robert Scorpio (Tristan Rogers) and Olivia Falconeri Quartermaine (Lisa LoCicero) over to Sonny Corinthos’ (Maurice Benard) home to update them on her decision about Dante Falconeri (Dominic Zamprogna) and the divorce papers he served her with.

General Hospital Spoilers – Why Would She Invite Robert?

General Hospital viewers can understand why she would want to update Sonny, since he is Dante’s father, and Olivia, since she is Dante’s mother, but why Robert? This is likely because Robert still has WSB contacts and he can deliver the news back to Dante through them that she’s not signing the divorce papers but has chosen to honor her marriage vows to him indefinitely, at this point.

General Hospital viewers will recall that in a recent General Hospital episode, Robert met with a frustrated Lulu at Charlie’s Pub to tell her Dante could be in WSB facilities indefinitely, because he had suffered a severe setback when Peter August (Wes Ramsey) and Maxie Jones (Kirsten Storms) had gone to the WSB facility in Ithaca, New York to try to visit him and he had turned down the visit.

Even though living in a state of limbo concerning Dante’s return is hard, apparently Lulu cannot make herself accept that it may be time to move on from Dante. It is notable that there is nothing said in this General Hospital spoiler about Lulu’s own mother being invited to the meeting. Perhaps it is because Lulu knows what happened with Franco Baldwin (Roger Howarth) and that Laura Collins (Genie Francis) is supporting Elizabeth Baldwin (Rebecca Herbst) and caring for her boys and she doesn’t want to pile any more on her mother’s already full plate.

General Hospital viewers who have been through contested divorces or know someone who has, knows that Dante may put up a fight through his attorneys and try to force the divorce to be granted, and Lulu will have to have some ammunition ready as to why it should not!

Ultimately, however, it will be up to the divorce court judge. According to real New York State divorce law (which General Hospital writers may not refer to for storyline purposes) a divorce can be granted after one year of separation without cohabitation (sexual contact) or if the person being divorced is proven insane, but that person would have to have been committed in a mental institution for a minimum of five years before filing. The laws don’t say anything about what has to happen if the person seeking a divorce is in a mental institution, which a facility for brainwashing and post-traumatic stress disorder could possibly be considered as.

General Hospital Spoilers – Lulu Understands Why Dante Wants The Divorce But How Does She Explain To The Kids?

Lulu understands why Dante wants the divorce and that he thinks he is irretrievably broken, and a danger to her and possibly the children; but how does she explain this to the children? But is it easier for her to let them live in limbo as well and just tell them “Daddy’s sick?” Maybe someone will pose that exact question to Lulu and get her to think about it in this meeting!

The Young and the Restless Spoilers Friday, August 16: Lola’s Dad Shows Up At The Wedding – Kola Get Married Not Knowing He’s There