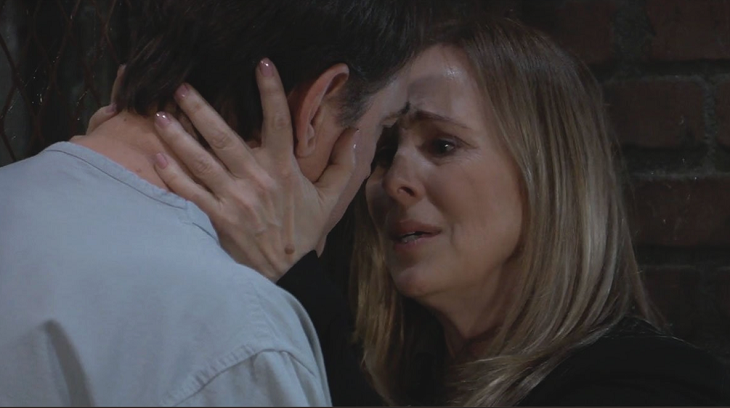 In the early 1990s Ryan Chamberlain lived in Texas as Todd Wilson. Felicia Scorpio (Kristina Wagner) knew him there and witnessed him kill his wife Gloria. He was obsessed with Felicia and followed her back to Port Charles, where he got a job at General Hospital as a pediatrician. Felicia had amnesia and didn’t remember him at first and they became involved.

However, Ryan had murdered many more women before he killed his wife; including he and Kevin’s mother, Melanie Chamberlain. Melanie had sexually abused Ryan as a child on an ongoing basis, and Kevin at least once, after mistaking him for Ryan. Kevin, a psychiatrist, followed Ryan to Port Charles, hoping to rehabilitate him.

He probably had compassion for his brother, knowing his complex love-hate issues with women stemmed from the abuse. He may have attributed Ryan’s penchant for murder to the same thing, and there may be something to that theory since up until Peyton Mills’ (John Patrick Jordan) murder, he had only killed women. 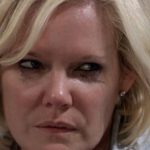 Ryan kidnapped Georgie Jones (Allana and Marina Norwood) as a baby and took her to Canada to a fun-house in an amusement park, which included a hall of mirrors. Kevin, Mac Scorpio (John J. York), Felicia, and Lucy Coe (Lynn Herring), who was involved with Kevin at the time, all tracked him there and rescued Georgie.

It came down to a standoff between Kevin and Ryan in the fun-house, where Ryan kept Kevin at bay in the hall of mirrors, so he couldn’t tell if he was looking at Ryan or himself! It ended in a fight between the brothers, breaking a gas pipe and causing an explosion and fire.

Kevin witnessed (or hallucinated?) Ryan being consumed by the flames, with their ghost mother Melanie Chamberlain showing up to escort Ryan into the afterlife. Mac, Felicia, and Lucy all heard the explosion and saw the fire, and Kevin coming out by himself, haunted by what he saw.

So how would Kevin have rescued Ryan? It’s not like he would have just told Ryan: “Here, sit here and I’ll get you later!” For one thing Ryan would not have just sat there and Kevin returned to Port Charles with Lucy. No wonder nobody believed that Ryan could be alive!

General Hospital – Laura Knows Kevin Had A Breakdown In The Past

At that time Laura was still with Luke Spencer, (Tony Geary) and although she may have met Kevin a time or two they didn’t know each other that well, and she may not have known everything about what happened back then.

Laura definitely knew that Kevin had a breakdown in the past and thought he was Ryan, and kidnapped Felicia. She won’t have a problem understanding why he would have rescued Ryan and kept his survival a secret, she would have a problem with Kevin not telling her about it.

Even if he didn’t find Ryan until later, either in Ferncliff or in another mental facility he’s worked in, he was probably still wanting to keep Ryan in care until psychiatric medicine advanced enough to still try to heal and rehabilitate him with new methods.

But Laura probably wouldn’t have a problem with that either as long as Ryan was not loose. Laura and Kevin may have some problems until all that is worked out between them. Stay tuned to GH and keep checking General Hospital spoilers frequently to see if and how Kevin and Laura work out their problems over him not telling her about Ryan!