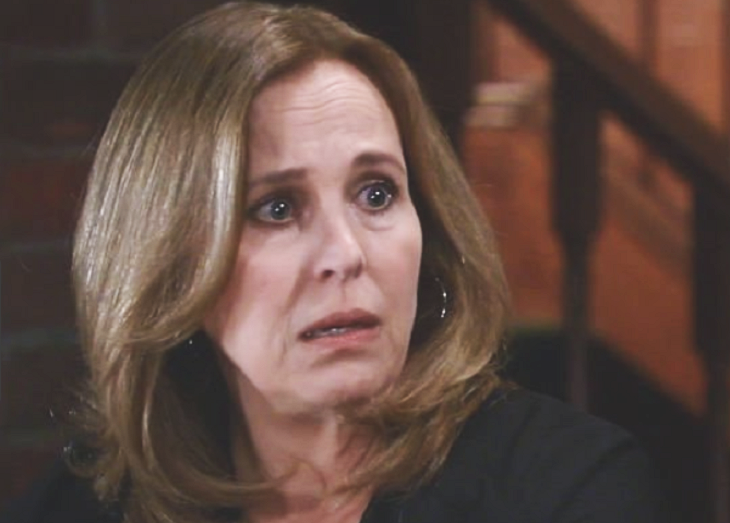 Laura, and any General Hospital viewers familiar at all with criminal law – at least in the real world – won’t see how those charges could stick, let alone how DA Margaux Dawson (Elizabeth Hendrickson) could get an indictment in the first place.

In order to get an indictment, a grand jury has to be convened. This generally consists of as many as 23 people. Grand jurors have to decide whether the accusations are valid before formal charges and an indictment, which is a formal accusation, can go forward to trial, according to the website criminal.findlaw.com.

General Hospital Spoilers – Kevin Collins Did Not Participate In Any Murders

To get an indictment on the charges Margaux is starting with, Kevin would have had to actively participate in the murders and attacks with his brother. If Margaux succeeded, no wonder Laura’s dumbfounded. Kevin was in Ferncliff being held hostage by Ryan while Ryan was out impersonating him and committing the crimes.

General Hospital viewers will have a hard time understanding why a grand jury would have indicted Kevin, given those parameters for indictment. But then again, it’s a soap opera, and viewers know that soap opera writers don’t always write according to reality.

Nevertheless, this could happen, and Kevin will be in quite the predicament. Laura is still angry along with the rest of Port Charles that Kevin didn’t do the right thing when he found out that Ryan was alive.

But she doesn’t blame him for wanting to help his brother when he was in such a state that he was howling and couldn’t communicate properly.

Then he would have received proper treatment in order to be able to stand trial! Stay tuned to GH and keep checking General Hospital spoilers frequently for all the latest developments, news, and updates, and to see what happens with Laura and Kevin!

Days Of Our Lives Spoilers: Are Will’s Symptoms Delayed Side Effects Of Dr. Rolf’s Memory Serum?