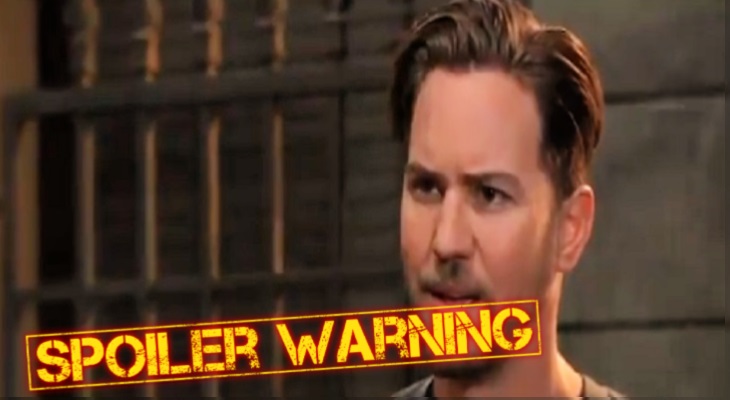 General Hospital (GH) spoilers for Tuesday, March 26, tease that Harrison Chase (Josh Swickard) may feel helpless. He promised to protect Willow Tait (Katelyn MacMullen), but there’s only so much he can do – especially if she keeps pushing him away. As he struggles, Chase will confide in his brother without revealing too many details. He’ll just need some support from Dr. Hamilton Finn (Michael Easton).

Over with Jordan Ashford (Briana Nicole Henry), she’ll take a phone call and wonder if there’s a crime to report. Alexis Davis (Nancy Lee Grahn) just phoned Jordan to squeal on Sonny Corinthos (Maurice Benard), but she’ll eventually hang up and let Sonny explain. He’ll want Alexis to get on board with protecting Kristina Corinthos-Davis by any means necessary.

Alexis will want to know what Sonny and Jason Morgan (Steve Burton) have in store, but Sonny probably won’t think it matters. The important thing is stopping Shiloh Archer (Coby Ryan McLaughlin) before it’s too late. Elsewhere, GH spoilers say Jason will remain livid with Shiloh. He’ll keep his enemy in a chokehold as the life slowly slips out of him.

Fortunately, Sam McCall (Kelly Monaco) will arrive in the nick of time. She’ll stop Jason from committing murder, but he’ll still be arrested. “General Hospital” spoilers suggest Sam may take Shiloh’s side to keep up the charade. She’s come too far to blow this now!

Next, Dante Falconeri (Dominic Zamprogna) and Lulu Falconeri (Emme Rylan) will have a chat with Maxie Jones (Kirsten Storms). Maxie will be glad to have Dante back home, but he won’t be pleased about who she’s been getting close to. Dante will object to Peter August (Wes Ramsey) hanging out with Nathan West’s (Ryan Paevey) son.

“General Hospital” spoilers say a surprise party is also on the way for Dante. At some point this week, his loved ones will gather to welcome him back to Port Charles. Sadly, this shindig will head downhill thanks to Dante’s disturbed mental state. It’s clear that Dante needs serious help.

Across town, Anna Devane (Finola Hughes) will face a heartbreaking rejection. Peter won’t understand why she’s trying to form a bond, so it seems he’ll lash out. Anna will break down in tears as she reminds Peter that she’s his mother. She’ll be desperate to form a relationship, but big changes are brewing.

Since Peter is likely Alex Devane Marick’s (Finola Hughes) son, that bombshell should shake things up down the road. Perhaps there’ll be another clue in a letter Anna receives on Tuesday.

General Hospital #GH Spoilers: Monica Getting A New Houseguest – Who Could It Be? @celebratesoaps https://t.co/0lvQEZY8EN

We’ll give you updates as other news and rumors emerge. Stay tuned to ABC’s GH and don’t forget to check Soap Opera Spy often for the latest “General Hospital” spoilers, updates and news.

Days Of Our Lives Spoilers Tuesday, March 26: Leo Puts Deadly Curse on Will – Brady’s Ultimatum – Ciara And Ben Heat Up