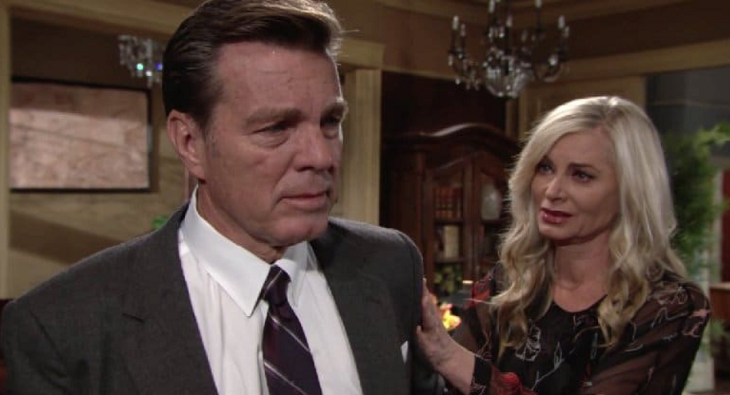 Jack Abbott (Peter Bergman) never saw this one coming on the Young and the Restless, but he should have known better. Kerry Johnson (Alice Hunter) distracted him and the conspiracy she and Ashley Abbott (Eileen Davidson) are part of has been revealed.

Jabot is Ashley’s takeover target. Whether that was true when she left Genoa City last fall or, as seems more likely, entered her mind after Y&R went through its back office transformation, isn’t known.

Young And The Restless Spoilers – Ashley Abbott Lied About Paternity

Y&R’s devoted fans are stalwarts through all administrations, be they behind the scenes at this iconic soap opera, or when considering the many people who have led Jabot through the years.

All longtime viewers know that John Abbott (Jerry Douglas) founded the cosmetics company and that eventually, Jack took over. His reign wasn’t something Ashley took kindly to and often let him know it while she was producing industry-altering products as Jabot’s lead chemist.

Sibling rivalry erupted in the recent past. Ashley lied about Jack’s paternity as part of an attempt to push old grudges. She was wrong to do that, as John was, is, and will always be Jack’s dad.

Although Y&R could always adjust John Junior’s biology if it so chooses, but for now is opting to change the high chair at the Abbott’s so-called family business.

Jack and son Kyle Abbott (Michael Mealor) tried to conceal that Ashley held control of many Jabot patents last year. Dina Mergeron’s (Marla Adams) memory served as the plot vehicle. This allowed Ashley to finally become aware of of her control. Then she used that legacy gift from her non-biological father for her own gain.

Are You Happy Mark Grossman Was Cast As Adam Newman or were you hoping for Michael Muhney? Vote Now in our poll ===>#YR #YoungandRestlesshttps://t.co/UNeJTkuOM4

Since Davidson is only returning for a few-episode stint and Hunter’s time with the cast has already ended, as her last scenes are playing out, the GC-based Abbott’s and Y&R supporters are left wondering what will happen to Jabot and how Jack’s life will be affected, among other connected storyline considerations.

General Hospital Spoilers: Is Someone Going To Reveal One Of Liesl’s Many Secrets?