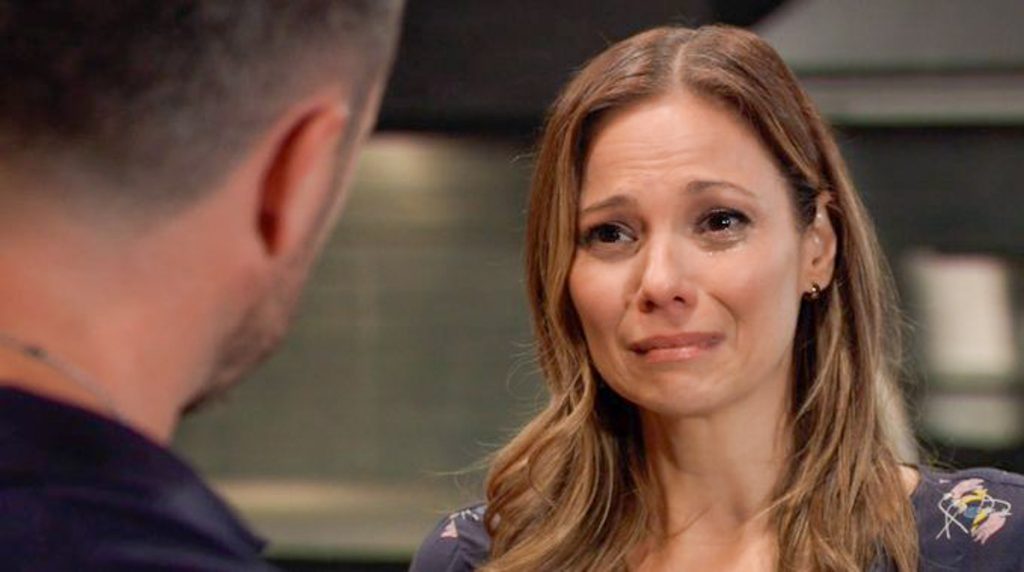 General Hospital (GH) spoilers tease that Kim Nero’s (Tamara Braun) world has slowly been falling apart for months now. Ever since her son Oscar Nero Quartermaine (Garren Stitt) died, Kim hasn’t been able to deal with her grief, and she has pretty much destroyed her own life in the process. She has made several bad choices and with each one, she slips further away from reality.

General Hospital Spoilers – Kim Nero was desperate for another baby

Kim desperately wanted a new baby to ease her pain. After trying to convince Drew Cain (Billy Miller) to have a new baby with her, he gently tried to explain that a new baby wouldn’t replace Oscar, that no one could. And although she seemed to understand, later she drugged Drew and got him into bed, hoping to conceive! That didn’t work, and although Drew understood and forgave her, he suggested that she get some help. Kim agreed.

GH Spoilers – Things seemed to be getting better

For a little while, Kim seemed to be getting better. Her relationship with Julian Jerome (William DeVry) was still going strong. But Kim still thought she needed to leave Port Charles in order to heal, there were just too many bad memories in town. Julian agreed to leave with Kim, and it looked like Kim would be able to find her way. But fate had other plans, and Franco Baldwin (Roger Howarth) was implanted with Drew Cain’s pre-2012 memories, which means he remember loving Kim and was eager to resume their relationship.

Kim did her best to resist, but Franco wore her down and the two of them made love. They also agreed to leave town together. She left a breakup letter for Julian and the two were set to run away together. But Franco’s wife Elizabeth Webber (Rebecca Herbst) has Franco committed before that could happen. Now Kim is helping Franco win his competency hearing so he can remain “Drew”. But General Hospital spoilers indicate that Kim’s recent actions are about to come out in court.

Franco hasn’t heard the details of Kim’s history so this is all likely to impact him in a big way. He will realize that his very presence is helping to feed Kim’s delusions and he won’t want to see her hurt anymore. So even if he wins the case, he may very well agree to the memory mapping reversal which will hopefully bring the real Franco back. Kim will be devastated but will now know that she needs intensive therapy. Rumors are circulating that Tamara Braun has already filmed her last scene so this may very well be how Kim exits for good.

What do you think? How will Kim exit Port Charles? Will she finally get the help she needs? Some heartbreaking scenes are coming up so stay tuned to General Hosptial weekdays on ABC. And check back here regularly for all your General Hosptial news, information and spoilers!

The Bold and the Beautiful Spoilers: Liam Must Choose – Steffy or Hope?