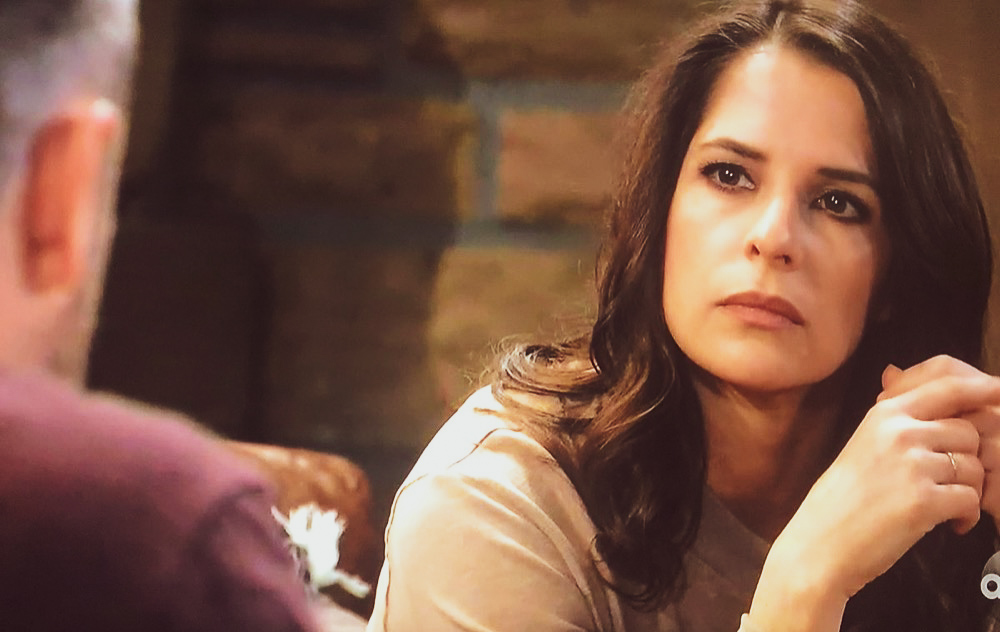 General Hospital spoilers tease that Sam McCall (Kelly Monaco) and Julian Jerome (William DeVry) may work together on more investigations; even Sam acknowledged her dad did good on making the paper trail for Wiley Cooper-Jones (Eric and Theodore) disappear in the New York state department of vital resources, where birth certificates, death certificates, and marriage certificates are housed in Albany, New York in a recent General Hospital episode.

Sam usually does investigations with Curtis Ashford (Donnell Turner) or Damian Spinelli (Bradford Anderson) when he’s in town, and sometimes with Jason Morgan (Steve Burton), but Curtis is bogged down with his wife Jordan Ashford’s (Briana Nicole Henry) desperate health needs, and of course Spinelli lives out of state and has for several years.

Drew Cain (Billy Miller) has done some investigative work helping Curtis, but it would be awkward partnering with Sam for both of them! So, General Hospital viewers want to know, why not “dear old Dad”? Sam is softening a little towards Julian, especially seeing how protective he is over Wiley!

Julian Jerome Was In Witness Protection

Julian never has been as bad of a “bad guy” as Sonny Corinthos (Maurice Benard) has in his heyday; he wasn’t in witness protection for all those years for no reason. Someone doesn’t go into witness protection unless they have given law enforcement authorities important information on criminal activities they are aware that they could be killed for giving by the criminals involved in the activities!

The worst thing he has done that stands between him and Sam bonding as father and daughter is when he held a knife to Alexis Davis’ (Nancy Lee Grahn) throat, and the very knife her own mother’s throat was slit with by Mikkos Cassadine (John Colicos) or one of his minions at that! Even then, it was basically posturing because of his older sister Olivia Jerome (Tonja Walker) who was off the rails and controlling him. However, Alexis didn’t hold even that against him enough to not get him released from prison when she saw his life was in danger, so there was that!

Can Sam Morgan Forgive The Past

Can Sam forgive the past if her mom can, and let her dad and her investigation collaboration continue and maybe turn into a real father-daughter relationship? Stay tuned to General Hospital and keep checking General Hospital spoilers frequently for all the latest news, updates and developments!