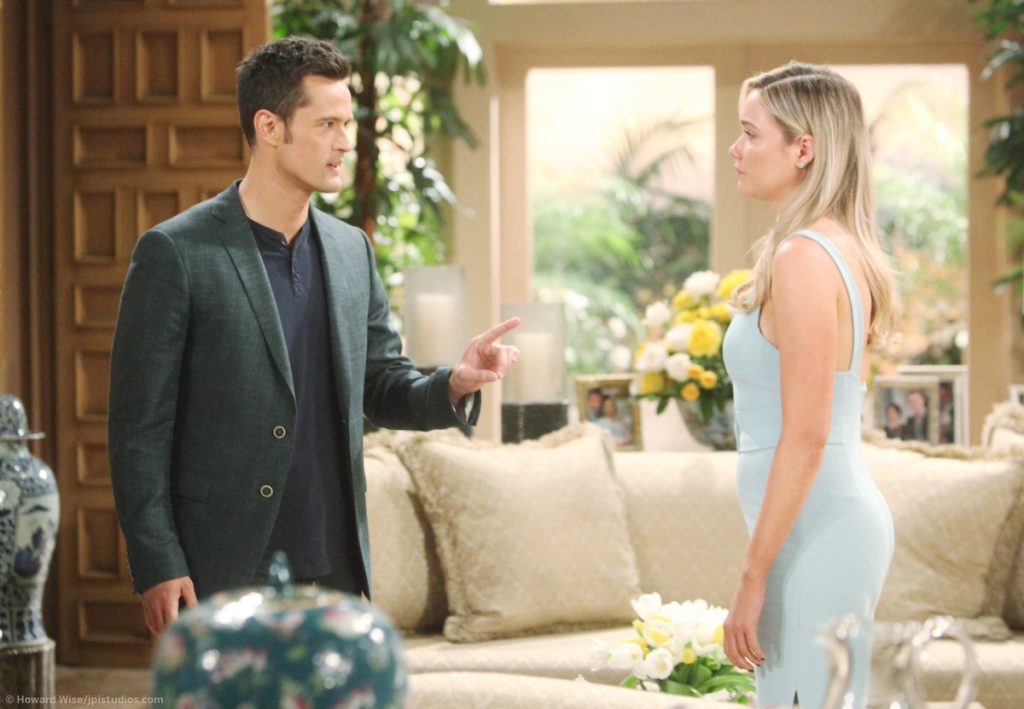 The Bold and the Beautiful spoilers indicate that the last person who should know the real truth about Baby Beth will be the first one to know it instead! As a matter of fact, Thomas Forrester (Matthew Atkinson) will learn from Flo Fulton (Katrina Bowden) that Hope Logan’s (Annika Noelle) baby is well and alive and under the care of his sister, Steffy Forrester (Jacqueline MacInnes Wood). Seeing how this is going to become an issue for his own plans and future, Thomas will do everything to make sure that Hope doesn’t leave him. Here’s what you need to know.

Matthew Atkinson, who plays Thomas on the hit CBS soap, told Soap Opera Digest in an interview, “It’s kind of like a domino effect. It’s a whole bunch of things that occur which leads to the revelation but the reality is, it gets thrown at him. Thomas is in the midst of trying to overhear the proceedings of Hope and Liam’s annulment when Xander comes charging in and says he needs to tell them something and he keeps trying to interrupt. Obviously, Thomas doesn’t want that. So, Thomas goes to Xander and confronts him.”

Xander, however, doesn’t want to let the cat out of the bag, as he’s not in the position to do so. He tells Thomas to seek answers from Flo. Atkinson further explains, “Thomas finds out that Flo is involved but Xander won’t say any more, so he goes straight to Flo and hammers her to try to get it out of her about what’s going on. All Thomas knows at this point is that these two are trying to screw up the annulment. That’s when Thomas ends up finding out about the baby – Flo spills the bean.”

Thomas Forrester Finds Out About The Baby Swap

To say that Thomas is left shock is an understatement. No matter what Thomas does now, someone he cares about is going to be hurt. He knows that his sister will be in pain if someone takes her baby away from her. Both Steffy and Hope are going to have their worlds rocked over this. Needless to say, fans will have to tune in to find out what will happen next!

Xander bursts in on Liam and Hope and demands to speak to them alone before they sign anything. WATCH FULL EPISODE: https://t.co/0dJMoUOSvz #BoldandBeautiful pic.twitter.com/IuYG9uGLhs

The Young and the Restless Spoilers: Greg Rikaart Opens Up About His Return