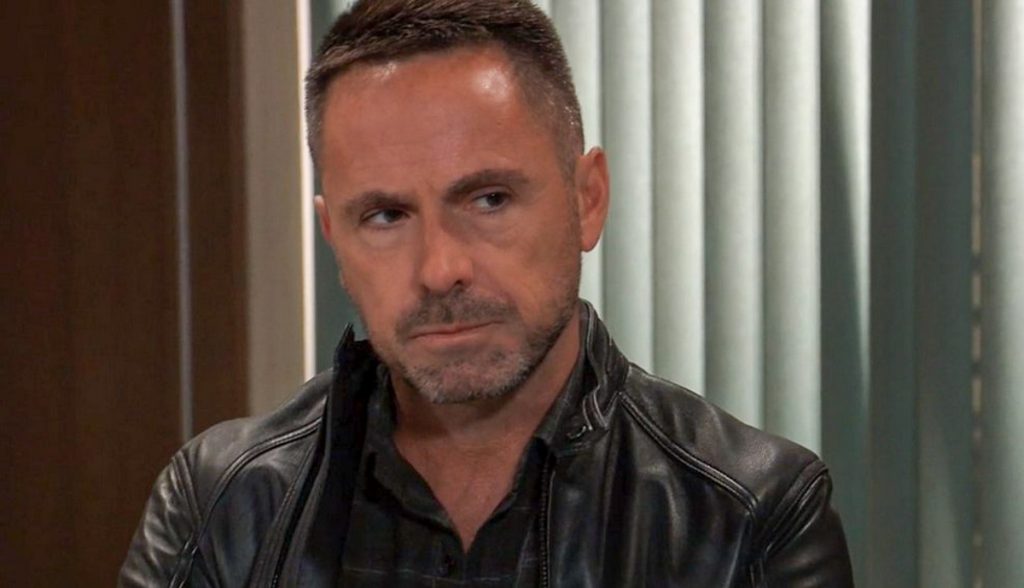 General Hospital spoilers tease that Julian Jerome, (William DeVry) pushed to the edge by Brad Cooper (Parry Shen) will look into Brad’s schedule to see when a good time for a hit would be in an upcoming episode of GH!

Julian has told Brad to leave him alone and made it abundantly clear that he wanted no more to do with him and he would not help him with anything anymore! Brad has implicated him in a possible kidnapping charge if the truth about Wiley Cooper-Jones (Erik and Theodore Olson) ever came out – namely, that he is really Jonah Corinthos!

Julian was already fed up when Brad confronted him after Lucas banned him from their lives, and with the continual pressure of Brad still wanting him to cover up things and help him keep the baby swap secret – Julian decides the only way to free Lucas from Brad and himself from being implicated in the baby swap is to take Brad out! More than likely though he won’t actually do it himself – he’ll hire a hit man. 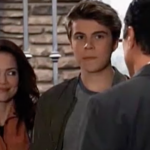 Julian knows he can’t just rat Brad out for the baby swap because then Brad will rat him out! He knew the baby wasn’t the original one from the start, but didn’t know that he was Jonah Corinthos until relatively recently. It was at that point that Julian confronted Brad and told him he wouldn’t help him anymore; but the real turning point that angered Julian beyond his limits was when Brad turned around and threatened him!

General Hospital viewers will recall that scene a few weeks ago when Julian’s sister Ava Jerome (Maura West) came into Charlie’s Pub and saw Julian pinning Brad up against a wall with his hands around his throat! Brad may have been a goner right there if she hadn’t walked in, although if he’d have explained the situation to Ava she may have agreed with that tactic!

How will Julian respond if Lucas asks him if he’s seen Brad, if Julian has the hit done where it seems like Brad has just disappeared? Like, maybe he takes a page out of Sonny Corinthos (Maurice Benard) and Jason Morgan’s (Steve Burton) playbook and has Brad disposed of in the infamous “pine barrens” which are implied to be a swamp? Anytime they have been mentioned, no one who went into them was ever seen again! Julian has to consider all these things before he goes through with his plan, and make sure that the hit cannot be connected to him.

This may take a bit of doing, especially since he has been out of the mob for as long as he has. Julian probably feels like he has nothing to lose, since he’s already lost his girlfriend Kim Nero (Tamara Braun) who said goodbye to him in the worst way, and acted like there had never been anything between them, and being on the outs with the mother of his other son, Leo Falconeri (Aaron Bradshaw) who he may never see again either!

Young And The Restless Spoilers: Nate’s Career Is In Jeopardy, Can Victor Save Him