General Hospital Spoilers: Julian Fears The Worst – Kim’s Not Ready For Another Baby 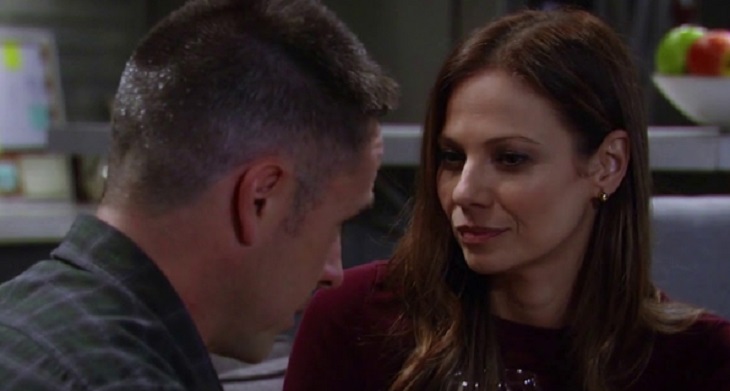 General Hospital (GH) spoilers tease that Julian Jerome (William DeVry) will continue to worry about his girlfriend, Kim Nero (Tamara Braun). He will urge her to deal with Oscar Nero’s (Garren Stitt) death before she thinks about having another child. Kim feels like since Oscar was such a great kid that she would be able to recreate him. And, she thinks if she can do that, it would lessen the pain of losing him.

Kim is on a mission to have another baby. She has asked the two men that she thought would want to have a child with her, both for different reasons. First, she asked Julian, since they are a couple. She made the argument that while she is a talented doctor, the role she is most proud of is being a mother. And, now it feels like that role has been taken from her.

Julian turned her down. GH spoilers tease that Julian told her that he cannot participate in that until she has healed from Oscar’s death. He brought up concerns that she is trying to have another child to replace her son, pointing out it will not work. She will love her new child, but the pain from Oscar’s death will still be just as strong.

Then, Kim asked Drew Cain (Billy Miller) to visit her. She had the plan to ask him to father a child since he was Oscar’s biological father. Her compelling argument was that he missed a lot of Oscar’s life, so she figured he would love to be a part of raising a child from birth on. Plus, she teased, they know they make gorgeous children together.

Julian is growing very worried about Kim. He thinks that she is focusing on being a mother again and not dealing with her feelings. He feels like she needs to grieve her son’s death then she could be ready to bring another child into the world.

Do you think Julian is right? Is Kim unstable right now?