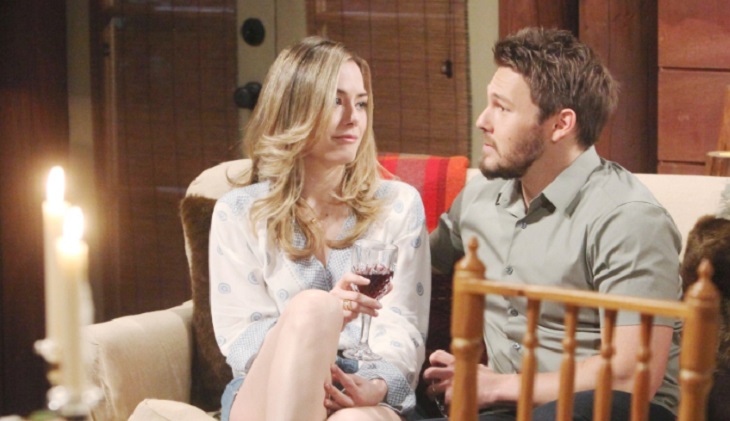 Hope Logan (Annika Noelle) didn’t want to be with Liam Spencer (Scott Clifton) on ‘The Bold and the Beautiful’. As Brooke Logan Forrester (Katherine Kelly Lang) reminded her daughter, Hope knew there would be consequences for that decision.

Being dissatisfied with the realized result of her actions was also to be expected. All hardcore B&B fans know that Hope has been naturally out of sorts since she was told that Beth Spencer (Madeline Valdez and River Davidson) died. Liam has also been fully affected.

Bold And The Beautiful Spoilers – Liam’s Erratic Behavior, Thanks To Thomas’ Drugs

Hope’s reaction to Liam’s erratic behavior at the cliff house wasn’t surprising in the moment. But her lingering feelings that were projected the next day can be questioned.

After Brooke left the cliff house, Liam arrived. He was there to explain himself, which is normal within ‘Tope’s’ reality, but odd in most others.

It’s believable that Liam would have a conversation with Hope about his bubbly behavior during the beach party. But did he have to tell her about what happened with Steffy Forrester (Jacqueline MacInnes Wood)? No.

Liam’s tell and Hope’s reaction appears to be inserted in order to further the storyline where Thomas and Hope become a couple of some sort. Along with that is the inclusion of Douglas Forrester (Henry Joseph Samiri).

Thomas’ plan to use his son to present Hope with an engagement ring would be outrageous, or cute, if seen in isolation and based upon a lack of perspective about how B&B is writing Atkinson’s alter ego. But considering all Thomas has done to-date, the proposal gimmick is all part of an overall plan.

Using drugs to make his sister and her former husband hopefully reunite follows all of the lousy things Thomas has been doing to other people. The manipulation of Douglas would rank at the top if it weren’t for Emma Barber’s (Nia Sioux) purposely shortened life.

Bold And The Beautiful Spoilers: Xander Looks To Prove Thomas' Involvement In Emma's Murder – Will His Life Be In Danger? https://t.co/OlOt4GV2Uc

Hope will face a number of realizations in the future. Phoebe Forrester being Beth will be chief among them, but that little girl’s mother will also realize that Liam didn’t betray her on the night of the beach party. Whether ‘Steam’ is too strong to split at that point, thereby leaving Hope on her own with Beth, will also be part of this masterful drama’s outcome.

General Hospital Spoilers: Julian Fears The Worst – Kim’s Not Ready For Another Baby