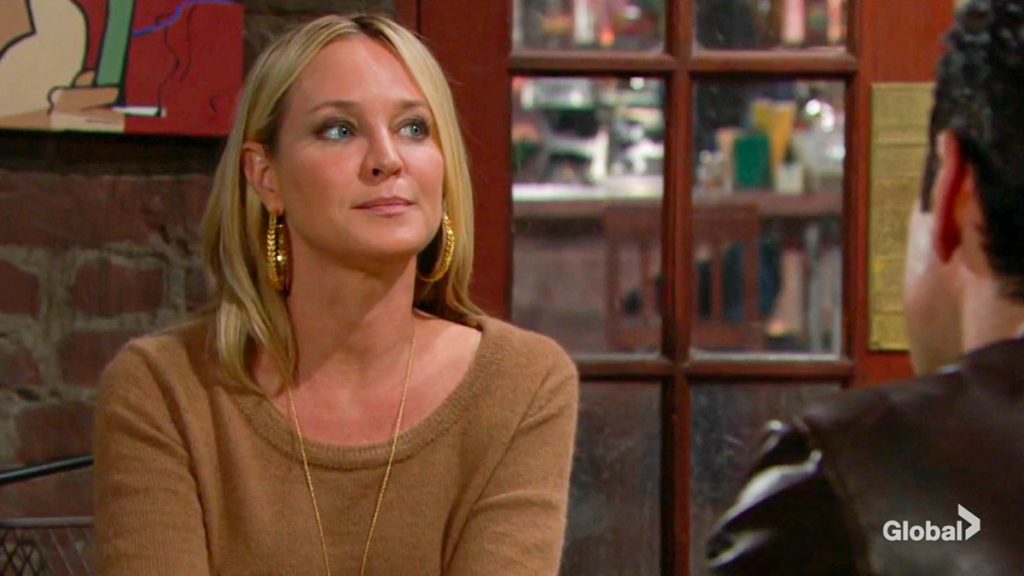 Sharon Newman (Sharon Case) is missing her children on ‘The Young and the Restless’. With three out of the cottage, she still has Rey Rosales (Jordi Vilasuso) to lean on. And that counts for a lot.

Rey’s love and support has already proven key to ‘Shey’s’ revival. Earlier this fall it appeared as though this likable couple wouldn’t be getting back together. But then Rey reconsidered and gave Sharon another chance.

As Y&R viewers know, ‘Marturo’s’ revival served to end ‘Ria’ once and for all. Aftereffects caused Rey to be naturally suspicious of Sharon’s voluntary draw back into Adam Newman’s (Mark Grossman) web.

The time lag from when Rey opted to end ‘Shey’ until he asked her out a short time ago was needed, due to what Mia and Arturo Rosales (Jason Canela) put him through.

Noah Newman (Robert Adamson) occasionally appears on the show, though he hasn’t been a regular character in quite some time. Sharon’s dealt with her only son being gone for awhile.

Cassie Newman (Camryn Grimes) is Sharon’s most famous child. She’s been gone for many years, after dying as a result of injuries suffered in a car accident.

Incredibly, Sharon didn’t know that Cassie had an identical twin, Mariah Copeland (Grimes second Y&R character), because she was stolen at birth.

Thankfully, Victor Newman (Eric Braeden) spotted Mariah one day. While that initially led to him gaslighting Sharon in an attempt to pull a secret from her mind, the overall result allowed Sharon and Mariah to realize that they were related.

Sharon needed to build trust with this newfound daughter. But once trust was established, Mariah became and remains her mother’s fierce champion.

Faith Newman (Alyvia Alyn Lind) is away at boarding school, which is a result of Lind’s burgeoning acting career. Regarding plot lines, Faith’s move means that Sharon has been living alone at the cottage until Rey renewed their relationship and she accepted.

Rey encouraged Sharon to continue working with Connor Newman (Judah Mackey), which came as a surprise to her. Even though she and Rey believe that Adam isn’t a threat, he always is.

If Chelsea Lawson (Melissa Claire Egan) remains with Nick Newman (Joshua Morrow), then Adam will again shift his focus to Sharon because he needs a romantic relationship. Sharon was his flame before Chelsea and may be again if Rey gives him any daylight, which may have already happened.