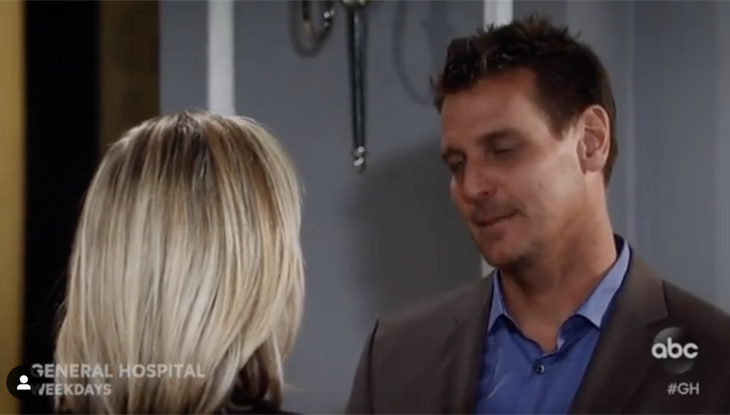 General Hospital spoilers reveal Jax is back! On February 12th, Eden McCoy teased about some big news on social media about a comeback, and today, Valentine’s Day, posted the reveal that Ingo Rademacher is coming back to GH as Jasper Jacks! Jax, of course, is the birth father to Eden’s Josslyn Jacks, and in addition to Eden’s reveal,

General Hospital posted on its social media pages a Throwback Thursday video of a previous breakup of Carly Corinthos (Laura Wright) and Jax, and at the end Ingo appears to confirm his return, saying “his legacy is going to continue in a big way”!

Although unconfirmed, this sounds like it’s probably going to be more than a short visit or recurring role. Rademacher recently concluded his run as Thorne Forrester on CBS soap “The Bold and The Beautiful” and so he is free to appear on General Hospital as much as he wants and is asked to. This return may well tie into Joss’s dealing with an impending death of Oscar Nero (Garren Lake Stitt) from his brain tumor, which seems inevitable short of a miracle cure.

Recent episodes gave Oscar a reprieve since the tumor has stopped growing but no one can predict for how long. Now, exactly what Ingo means by Jax’s “legacy” is unclear at the present time, although it could either have something to do with Joss and Oscar in a storyline in the works to usher Oscar out, or since his ex, Carly is pregnant, Jax could even be slated to find a new love and give Joss another little brother or sister! There are so many things that GH could have planned with Jax’s return!

Stay tuned to GH and keep checking General Hospital spoilers frequently, to see when Ingo’s first airdate is and just exactly when Jax is back!

Bold and the Beautiful Spoilers: Hope Wants To Set Liam Free, He Fights To Save His Marriage