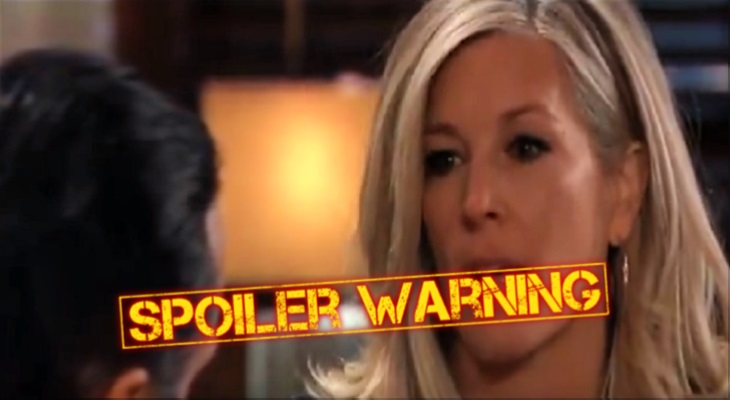 Elsewhere, Sasha will be concerned about Dr. Griffin Munro (Matt Cohen). GH viewers know Griffin is really struggling. His grief and anger have been overwhelming, so Sasha will wish there was a way she could help.

Over with Jordan Ashford (Briana Nicole Henry), she’ll have a plan that’s rather unorthodox. Jordan will fill Curtis Ashford (Donnell Turner) in on her strategy to flush out the real killer. If this is going to work, Jordan will need Franco Baldwin’s (Roger Howarth) cooperation. It’ll certainly put Franco in an even tighter spot.

Franco will appreciate Elizabeth Webber’s (Rebecca Herbst) continued support, but he won’t want her anywhere near his drama right now. Liz will assure Franco that she’s got his back, but Jordan’s plot could change the game. It turns out Jordan wants Franco to plead guilty and dupe the true murderer. The catch is Franco will have to leave Liz in the dark on what they’re up to.

“General Hospital” spoilers say Jordan will leave the ball in Franco’s court. She won’t force him into this, but she’ll contend that it could be the only way to catch Kiki Jerome’s (Hayley Erin) killer. The idea of justice will likely be enough to get Franco on board. Plus, it’ll allow Franco to prevent more violence and make up for his past behavior in a way.

Across town, Lulu Falconeri (Emme Rylan) will be adamant that Franco is guilty and will get what’s coming to him. She’ll rant to Laura Webber (Genie Francis) about what she believes was Franco’s attack. Lulu will undoubtedly owe Franco a sincere apology down the road!

Finally, Carly Corinthos (Laura Wright) will fear her baby bomb hasn’t gone over well. She’ll sense that Sonny Corinthos (Maurice Benard) doesn’t want another kid, but he’ll probably offer reassurance. The big news threw Sonny for a loop, but he should be fine with it once he has a chance to process everything.

“General Hospital” fans won’t want to miss the fantastic scenes ahead. We’ll give you updates as other details and rumors emerge. Stay tuned to ABC’s GH and don’t forget to check Soap Opera Spy often for the latest “General Hospital” spoilers, rumors, updates and news.