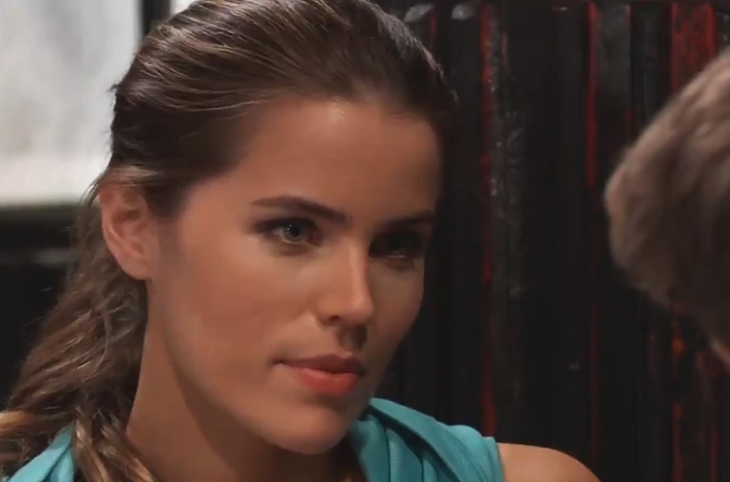 “General Hospital” spoilers for Friday, April 26, tease that Peter August (Wes Ramsey) will get a big surprise when Lulu Falconeri (Emme Rylan) shows up. She’ll explain that she’s back from her trip and ready to work. Lulu might have something planned for The Invader, but this could also involve that book Peter urged her to write.

At Crimson, Maxie Jones (Kirsten Storms) will struggle to find the ideal date outfit. Nina Reeves (Michelle Stafford) will hint that maybe it’s a sign. She’ll want Maxie to rethink this date idea, but Maxie will refuse to pass up her night with Peter. She’ll ultimately settle on a nice dress and prepare to dazzle.

Other “General Hospital” spoilers say Anna Devane (Finola Hughes) will grill Robert Scorpio (Tristan Rogers) about his behavior. She won’t get why Robert is so hard on Dr. Hamilton Finn (Michael Easton), but that’s just how Robert is. He only wants love and happiness for Anna, so he’ll undoubtedly assure her of that. 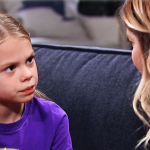 At GH, Michael Corinthos (Chad Duell) will pay Sasha Gilmore (Sofia Mattsson) a visit. She’ll be lying back on an exam table when he appears in the doorway. Sasha will grin as she insists she told Michael she was no good for him. It doesn’t look like Sasha’s health will be in real jeopardy, but this will definitely bring Michael closer to Valentin Cassadine’s (James Patrick Stuart) partner in crime.

Over with Sonny Corinthos (Maurice Benard), he’ll plan a fun distraction for Carly Corinthos (Laura Wright). She’s been stressed over the baby, so she really needs to relax. Avery Corinthos (Ava and Grace Scarola) will pitch in with that, but she’ll also have an interesting question for her daddy.

After Avery poses this question, Carly will push Sonny to answer. He’ll seem uncomfortable in a humorous way, so this seems to be one of those “kids will be kids” kind of moments.

Across town, Oscar Nero (Garren Stitt) will catch his loved ones off guard. When he wants to speak to Jason Morgan (Steve Burton) alone, Drew Cain (Billy Miller) and Josslyn Jacks (Eden McCoy) will be taken aback.

Even Jason himself will be shocked, but he’ll do whatever he can to bring Oscar peace in his final days. Oscar will also encourage Drew and Jason to try acting like brothers. He’ll just want to know he’s making some sort of difference before he departs.

“General Hospital” spoilers say Cameron Webber (William Lipton) will receive a request, too. Oscar may ask Cam to look after Joss for him after he’s gone. He’ll hate that he has to leave Josslyn behind to deal with so much heartbreak, but at least she’ll have Cameron to lean on.

GH fans won’t want to miss Friday’s fantastic episode. We’ll give you updates as other news and rumors emerge. Stick with the ABC soap and don’t forget to check SOS often for the latest “General Hospital” spoilers, rumors, updates and news.